Hello everyone! I don’t know about you all, but I’m incredibly excited for Brilliant Stars. Not only is there a brand new mechanic and some exciting cards to boot, but it’s also — if everything stays on schedule — the set that will make up the final piece of the format for our first Regional Championships (hopefully, at least!). With that in mind, if you’ve been looking forward to the return of official organized play, you’ll want to pay close attention to this set. 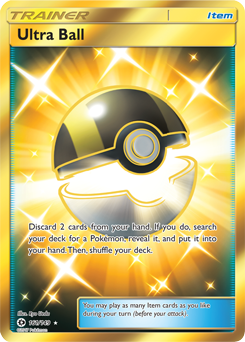 In Brilliant Stars, there are a lot of new cards, but there are also plenty of familiar faces. The names might not be quite the same, but this set has a ridiculous number of reprints, or at least near-reprints. We’re effectively regaining Double Colorless Energy, Choice Band, Tapu Lele-GX, Bench Barrier Mew, Octillery, and Ultra Ball — so I hope you like nostalgia! With so many impactful reprints, there’s no doubt that decklists are going to change, and plenty of decks are going to get stronger. Even before we start to look at the new highlights from Brilliant Stars, we can surmise that these reprints will make a meta impact all on their own. That’s not to say that the Pokémon V and Pokémon VSTAR in this set aren’t good — many of them are, and they should end up making waves, too. But while those new cards will mostly be either stand-alone decks or niche additions, many of the reprints are highly versatile, so they can fit into most decks without drastically changing those decks’ cores. Not all of the reprints will go into everything — Double Turbo Energy only works in some decks, and I’d be surprised to see Bibarel become common — but you will probably see all of the aforementioned cards at one point or another.

We still have some time before Brilliant Stars comes out, so that puts us in a somewhat awkward position: we’re still in the Fusion Strike format, but future testing is arguably more important. In this article, I’ll be trying to bridge that gap by taking a look at how the new cards from Brilliant Stars are likely to affect the decks in our current format. Before moving on to the rest of this article, I would definitely recommend taking a look at the revealed cards from Star Birth and from Start Deck 100, as those are the cards that will make up our Brilliant Stars set. If nothing else, having those news stories open will definitely make following along easier — and hopefully will help you commit the new cards to memory along the way!

There are a few cards in Brilliant Stars that make pretty much any deck better, and that I would likewise expect to be included in just about everything. There are three in particular — Ultra Ball, Choice Belt, and Lumineon V — that will certainly be staples. Assuming you play any Evolutions, you’re going to want to put some Ultra Ball in your deck, as its versatility makes it among the best possible Pokémon-searching cards. Decks right now are already pretty heavy on Pokemon search, but since so many play Evolutions, Ultra Ball will be an important addition. Which balls get replaced will probably depend on the particular deck, but I would expect most decks to swap in a few Ultra Ball, if not a full four.

The second card that I would expect every deck to play is Choice Belt. The vast majority of current decks rely on Pokémon V, and while non-V decks are likely to get stronger with this set (see below), the format still should be V-oriented enough for Choice Belt to make an important difference in most matchups. How impactful it is will likely depend on the deck itself, but that extra damage will change up quite a lot of OHKO math. There actually isn’t a deck that I can think of where I wouldn’t want any Choice Belt; I would be surprised if it wasn’t at least a two-of in literally everything.

The last card I’ve named, Lumineon V, won’t be quite as widely played, but I would still expect it to see a lot of play as a one-of. Lumineon V may not have the attacking potential that Tapu Lele GX had when it came out, but it’s still a great card. When any Quick Ball or Ultra Ball is an out for a Supporter, your deck’s consistency is going to be a lot higher than it was before. The one group that I wouldn’t expect to play Lumineon V is Inteleon decks, as those already have a similar consistency profile with Drizzile‘s Shady Dealings. Since Bench space in those decks can also be in short supply, it may not be worth it to include an extra Bench-sitter. In everything else though, I’d want to fit in one copy.

Finally, there is one other super-versatile Pokémon in Brilliant Stars that you could make an argument for including in many decks. This one actually isn’t a reprint — it’s the new Arceus VSTAR. Arceus VSTAR is one of the cards that I’m most excited to build around, but it can also be included as a 1-1 tech for the sole purpose of using its VSTAR Power. Being able to find any two cards when you need them is an incredibly powerful effect, especially since you can do so at any point after you evolve it, not just the moment when you do. That is, it isn’t like Drizzile, where you have to evolve it at exactly the right time; instead, you can get Arceus VSTAR into play, and then wait until the time is right. There are a lot of combo-oriented decks that I could see being able to take advantage of this. Similarly, you could choose to include a 1-1 Leafeon VSTAR instead for its VSTAR Power. In decks that aren’t as combo-oriented, the advantage of having a guaranteed gust effect could be stronger, especially since you would get to play a non-gust Supporter that same turn. That would be especially strong in decks where you do commonly need to use a particular Supporter such as Melony or Raihan.

While many of those cards will see widespread play, how they interact with each deck will be more specific to that deck and its strategy. When you’re deciding what deck to focus on right now in the Fusion Strike format, it’s important to note how those decks will change in the future, so you know if it’s worth building and taking the time to learn to pilot. After all, there isn’t much point in expending the time and effort on a deck that’s going to get a lot worse in a month! Likewise, if a particular deck looks like it’s going to improve, it may be worth exploring more than it would be otherwise. Below, I go through most of the changes I expect for the top meta decks when Brilliant Stars comes out.

Mew VMAX‘s improvements can be summed up as “the best gets even better” — it’s already the BDIF, but it becomes an even stronger archetype with the new cards from Brilliant Stars. Ultra Ball is an incredible card for a deck that uses the Genesect V draw engine, since it lets you thin down your hand while finding whatever Pokémon you need. That’s not the biggest thing though: the new additions of Double Turbo Energy and Choice Belt in particular push Mew VMAX from strong to ridiculous!

Forum Head
Articles Head
Elite Member
Advanced Member
Member
This is just a news story. Anyone is free to comment. Premium members are able to get help with your deck or ask questions about the article directly in the Subscribers Hideout.
R

Member
If this format didnt have genesect v, it would actually be a good format

But a ban will never happen, they dont care
P

Member
What about this new trainer subset, any more information on that?

Rui Teixeira said:
If this format didnt have genesect v, it would actually be a good format

But a ban will never happen, they dont care
Click to expand...

Genesect isn't a card that needs to be banned, I don't think it inherently falls into the same category of card that produces game breaking combinations, it just provides a consistent draw engine. I think the biggest hurdle is that there is nothing that can keep up with that pace.

There will be something to top it, there always is. Strong/Agile Style could come in with some dominant dark types and push Mew out as BDIF. Time will tell.

Safe to say though, Brilliant Stars is providing some absolute essentials for the next 2 years of rotation.
P

Rui Teixeira said:
If this format didnt have genesect v, it would actually be a good format

But a ban will never happen, they dont care
Click to expand...