Update #12 (11:00 AM): Reshiram is the White Yang Pokemon and has “Turbo Blaze” as its ability while Zekrom is the Black Yin Pokemon and has “Terra Voltage” for its ability. Yep, looks like they’re going for the whole yin-yang thing. Light-type theory FTW! (Especially if that rumor that they change types in battle turns out to be true.) | Update #11 (10:30 AM): Added the remaining pages as well as information on Reshiram and Zekrom’s types and how to obtain Zorua. Check the last three bullet points and the scans below. They show what Isshu looks like.

The June CoroCoro images have been leaking for several hours now. Seven new Pokemon have been revealed so far. All of the information we know is below. Keep checking back here for more updates! Click the images below to enlarge them. 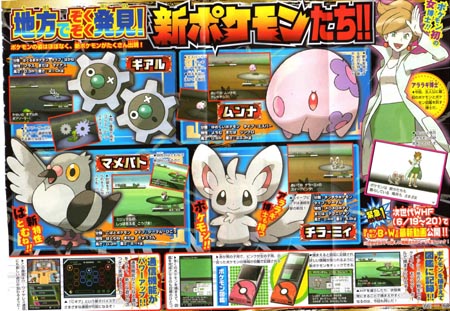