EDIT: I just got home from taking the AP Psychology exam, and I totally PWNED (except on the second essay question)! Since I have just Math homework tonight (I HATE ALGEBRA II!!!), I can work on something with the site tonight. So, first person to post in the forum thread for this news story gets to tell me what site content update to do tonight (within reason and something I can do within a few hours). Better post now!

I may update this news story later on tonight. This is the second update in one day, so if you have not been here all day, be sure to read the previous news story. 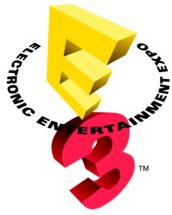 General Information
* For the first time ever, the player is a Pokémon, speaking and interacting with other characters in a world populated only by Pokémon.
* A deep, involving and dramatic story brings the player into a world of Pokémon not seen or experienced before.
* Strategic battles enhance the adventure.
* Randomly generated dungeons make every mission unique.

Game storyline: One day the player awakens to find that he or she has been turned into a Pokémon. The land is being ravaged by natural disasters so the player decides to form a rescue team with a partner Pokémon. The player can interact with many different Pokémon on various missions while trying to uncover their true purpose and destiny. An engrossing story of adventure, redemption and, most of all, friendship.

Characters: Players can choose to be a Pokémon, and then choose another Pokémon to be their partner. Numerous Pokémon can become friends with the player and can be called upon to join his or her rescue teams. Assuming the role of a Pokémon, the player converses with other Pokémon for the first time using engaging graphics with various Pokémon expressions.

How to progress through the game: Players form a rescue team with a Pokémon friend, accept various missions and try to help Pokémon in trouble. They go into many dungeons and strategically make their way through many floors. The layout of the dungeons is randomly generated, so they present a different challenge every time. Strategy and thinking are the keys to clearing the dungeons and completing the missions.

Special powers/weapons/moves/features: A massive amount of game play with endless replay value; many rescue missions to conquer – even after the main story reaches its climactic conclusion. The game starts off easy and advances in difficulty as the player progresses. It will appeal to novice and expert Pokémon fans alike. For the first time, a Pokémon’s moves can be “linked” and used together in one turn. This feature offers the player a strategic choice of attacks and is an entirely new concept in the Pokémon world.