EDIT #2: I’ve seen some confusion already on the last news story. No, Shino is not a combination of Kanto, Johto, and Hoenn. I put the regions in parentheses to show what the previous regions were, and how the name is nothing like any of the previous regions’ names (I was typing up the new news story literally during a lecture in third period, so I had no time to expand on everything). Also, yes, you can trade from R/S/FR/LG/Em to D/P.

EDIT: Please see the last news story in this update.

First Pokemon Diamond and Pearl Screenshots – The first Diamond and Pearl screenshots were revealed in the Japanese CoroCoro magazine today. They only revealed five, but the screenshots show us that the games will still be in the same graphic style as old Pokemon games, just with much more improved graphics (the buildings look 3D, there are more details in the terrain, the attack backgrounds and ground look much more realistic). It also looks like the attack graphics have been improved, as shown by Munchlax’s apparent Bubble(beam) attack. Click the scans below for larger pictures! To discuss this news, be sure to post in this thread. 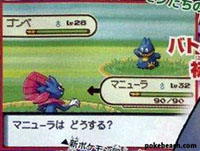 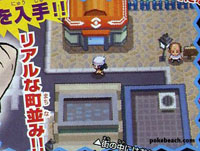 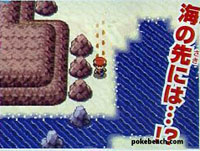 I will update this news story later on today. Right now, school for me!