Manaphy (no longer Manafi)
While Manafi was the raw translation of the Pokemon’s name, the Japanese have officially romanized the name as “Manaphy” in a trademark database. Thus, the official name is Manaphy, and it will probably remain in the same spelling when the Pokemon comes to America. So, how do you pronounce it you ask? Mah-nah-fee (slighly rhymes with Phanpy). So, enough with its pronounciation, let’s move on to what we know so far about Manaphy.

Speculation:
* It is male, at least for the Anime (If it were female, why not princess?).

As for the three new Diamond and Pearl Pokemon shadows in the CoroCoro magazine scan, Filb.de has reported that they have discovered names in the trademark database for the Pokemon. The first one, which we speculated to be a Mantine pre-evolution, seems to be confirmed now as the pre-evolution, as its name is apparently “Tamanta,” similar to Mantine’s name (which is ‘Mantine’ in Japanese as well). The other two Pokemon names might be Perappu and Buizeru, although these names have not been officially confirmed and we are not sure which names go to which shadow for the last two. Either way, CoroCoro has promised to reveal the three shadow Pokemon in their full forms next month, so we will know what they are by then. More speculation on Manaphy next time I update.

Nintendo DS to Have the Internet and TV!
Opera, a web browser (also better than Internet Explorer), has announced that they are teaming up with the Nintendo DS to bring an internet-enabled DS! How does it work? Well, you buy the web browser Opera on a regular Nintendo DS game card, insert it into your DS, connect to a wireless network through WiFi, and voila, you are on the internet! Basically, anyone with a DS and the program will be able to access the internet if they are within range of a Wi-Fi network! Currently, plans are only set for Japan, but one can be certain that the Opera program will be made available for other DS users in other countries. The press release also reveals information about a TV tuner to watch television on your DS, although as the information states, it may never leave Japan due to how Japan broadcasts their television. To read the full press release, including all of the product specifications and technical information, you can read Opera’s press release.

New EX Trainer Kit
Trekiev discovered at Target the other day a new EX Trainer Kit that will be released in March. As you can see, the EX Trainer Kit contains Plusle and Minun, which were originally in the Japanese Eidolon Forest set (which should had been in EX Legend Maker, but I suppose they decided to save them for the EX Trainer Kit). We will have more information at a later time concerning the new kit. Click the thumbnail on the right for a larger image.

Veronica Taylor Speaks Out Concerning 4Kids and Pokemon, Special Dub Episode
Veronica Taylor, voice actor of Ash and May, was recently at an Expo in Europe and answered fan questions concerning shows she does work on. Our affiliate Pokemon Palace obtained a review from PiPikachu, who asked Veronica Taylor several questions. You can read his review / interview below. 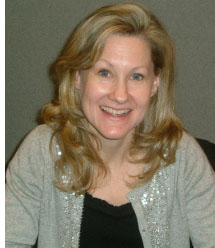 Hey peeps. I got the chance to go to the Collectormania Expo at the Manchester Gmex here in the UK Today and got the chance to meet Veronica taylor and had a good talk with her about the anime etc and got some interesting tidbits.

Having got back from the expo and having talked to Veronica myself for 20 mins (she was really talkative/friendly/really approachable) I bring little tidbits of information.

She has only just finished dubbing the 8th movie a few weeks ago.and has informed me from what she’s been told, that there will be at least 10 movies alltogether.

It also appears from what she told me that Pokémon USA are possibly going to using different actors that can mimic Veronica and the rest of the cast, thus replacing the ENTIRE cast for the 9th Season as she is unsure of what is happening between 4Kids/Pokémon USA and wether she will be dubbing it or not as she personally feels attached to doing Ash’s voice after doing it for so long.

I was also informed by her that there will be a specially made episode celebrating 10 years of Pokémon in April that she will be dubbing shortly. (No other details are known on this other than it being a special ep)

This was during a Q & A session with Sean Schemmel (Goku DBZ, Also Robert and Juan from Pokémon!) and Veronica Taylor..These are the questions asked to her. (in no particular order!)

Q. Is this your first time in the UK
A. the Uk no, but it’s my first time to Manchester.

Q. Who would you have loved to voice from your childhood
A. Trixie from Speed Racer (WPM Note: Anyone see that Geico Speed Racer commerical? That was Veronica Taylor playing Trixie.)

Q. How did you get into doing Anime Voiceovers/Into Voicing Ash
A. When i moved to New York i met various people whilst doing theatrical work as I trained to be an actor all my life, And also studied voice acting before being offered the part on Pokémon which also helped me to be offered parts for other Anime show’s
Q. What’s Your Favourite voice or Phrase that you enjoy saying in the show?
A. I think my favourite saying has to be “Pikachu Buddy, are you ok?” *note: this was done in Ash’s voice

Q. Does doing voices like Ash’s take a strain on your voice?
A. I find Ash non vocally phonetic. so no i don’t find it a strain on my voice.

Q. How long does it take you to dub an episode
A. Do you mean me or an episode as a whole?, *She gave both anyway* I go into the studio between 1 and 6 hours a week and record all the dialouge for the characters I play in 1 session, so i will go and do all of Ash’s lines first and then do all of May’s, As far as dubbing goes we do about 1 episode a week.

Q. How did you get to be the voice of Ash?
A. I happened to see my acting coach and he recommended I apply for the casting call for it after seeing an open cast call for a new cartoon show, and thats basically how i got the job.

Q. do you like to watch any cartoons/the anime you dub.
A. I Don’t mind watching the show as i don’t actually know what happens until i see it on tv as i’m not given any advanced plots or anything as i just go in and read out my dialouge.

Q. Have you ever done any voice acting for Video games?
A. I’ts not something i’ve really done much of, but i have done a bit of voice acting for video games, It’s weird actually having to record the lines without seeing the characters but is good when they put all the bits together.

Q. Do you enjoy/admire other voice actors work?
A. I don’t really envy any other VA’s and actually like those that can sink their selfs into a voice.

It would seem as if there is now a strong chance Pokemon USA will be taking over the Anime.