Member
Pokémonpolis looks like it's become game canon! When the dimensions of the TCG/VG/Anime Mangacollide it's always it's one of the most satisfying results which makes us come back most. The makes Pokémon be one of the greatest things that we love ever. The synchronised bridge of Go, Sun & Moon, Let's Go to now Sword and Shield is rooted richer then before.
Last edited: Jun 5, 2019

It's always darkest before the dawn...

Member
OPEN WORLD for catching Pokemon is finally a feature in the main games!!

Forum Mod
Advanced Member
Member
I am in love with the flower Pokémon, Goosifleur, and its evolution; Eldegoss.

Also, Wooloo is a precious fluffy boi. He is too pure for this world.

Member
The legendary Pokemon are pretty awesome, (but Zamazenta looks a bit too much like Solgaleo). Since both Zacian and Zamazenta look so similar, they're probably the final evolutions of the same Pokemon, like Solgaleo and Lunala (I guess evolving mascot legendaries are the trend)

Another awesome thing is manual camera movement and roaming Pokemon. The manual camera means that these games will essentially be open-world (to a degree). And like Let's Go Pikachu and Eevee, roaming Pokemon are always awesome (Here's hoping we can have Pokemon companions like we do in LGPE).

The new Pokemon introduced are also some of the best as it usually takes a while for some, if not all, of the Pokemon to grow on me but all 7 Pokemon introduced all look awesome to me. I especially like the look of Corviknight and I like how they subtly confirmed that HMs aren't returning (Fly at least).

And finally, not sure what I think about Max Raid Battles. Without knowing it I can do them by myself, or how strong the Pokemon becomes when Dynamaxed, it's hard to know if specific Pokemon are locked behind having to do multiplayer or if a single person with strong enough Pokemon could do it by themselves.

Edit: Apparently there is something called the Rotom Phone, which is a phone that acts as your Pokedex. Does these mean NPC phone calls are coming back from HGSS? Also, perhaps we'll get a proper camera feature to go with the manual camera movement and open world game?

Edit 2: The Pokemon website states: "For example, you can attach it to your bike to make it move faster on land, or it can even help you travel over water!". Not sure how but sweet!

Edit 3: Bike can go on water, there is a picture on the official Pokemon website. 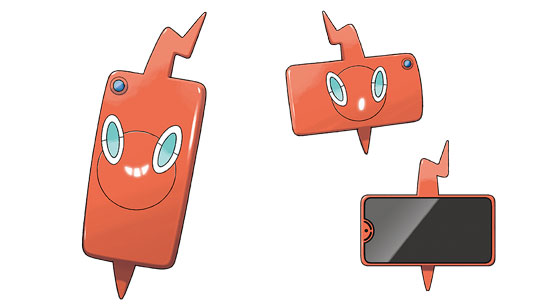 Member
I've started calling Zacian and Zamazenta Swordon and Shieldon (yes like the fossil) and I can't stop, someone help me.

I like the free-range camera thing in the open areas, I bet you that whole field is bigger than Alola. It just looks so much better than Sun and Moon. It really, REALLY does. I'm also really glad they got James Turner to do some designs. After all, he designed Buzzwole and some of my favorite Gen 5/6 Pokemon, so he's good in my book. I love all of the ones that were revealed, especially that Crow one.

Dynamax I'm skeptical on, but I'll have to see more into it. I wish they just kinda kept on with megas instead of doing some new gimmick every time, but hey. At least they're not slapping swords and armor on Pikachu or something.

I'm not sure if it's going to be better than BW or Platinum. But I'm VERY confident in that this game will blow Gen 7 out of the water.

- The legendaries look nice. I'm especially liking the one for Shield.
- Open world is a nice feature even if I'm personally not that hyped for that.

- Dynamax...it's the same pokemon, just bigger! Lol, seriously Gamefreak? It's like they didn't even try.
- Most of these new design reveals seem rehashed versions of older ones like Whimsicott, Honchkrow/Skarmory, Mareep. Hopefully we'll get some more interesting ones later on.
- After having less stereotypical professors for 3 generations, we are now back to grandpas and grannies. Yay.

Green778 said:
OPEN WORLD for catching Pokemon is finally a feature in the main games!!
Click to expand...

I was hoping they would bring this back from LGPE -- one of the few things LGPE did that I actually wanted to be incorporated into the mainstream games.

If it's limited to one area only I'll take it I guess haha. It kinda reminds me of Pal Park.

Member
I like how the direct works but it leaves several questions.
I kinda like of the old Pokemon in the game like... RHYPERIOR IS IN GALAR DEX!! Whohoo!! I am referring to the Rhydon in the trailer, and like the people there like Leon, the Galar champion and Hop, your frindly rival (RIP for Jerk rival hopes. Hehe!) Is Magnolia based of a tree again?

Member
Hop. In the TCG, it is the supporters that Draw 3 cards. Most static rivals does that.

Member
Guys, go to the Pokemon site. There is a lot of information there that wasn't in the direct, like the Rotom phone as well as the new Pokemon typings and abilities (except for the legendary Pokemon as usual):

they call me goomy from the block (they/them)

nays:
-the Dynamax feature is not instilling joy or excitement in me
-I'm not really a fan of the idea of some Pokemon being max raid battle exclusives
-I'm not a massive fan of sword wolf and shield wolf


The Rhyperior said:
I like how the direct works but it leaves several questions.

Gossifleur & Eldegoss are pure Grass, Corviknight is Flying/Steel, Wooloo is Normal and Drednaw is Water/Rock. Legendaries types haven't been announced yet

One big card outside of the deck, that can only be put on the field with some condition and only for 2-3 turns also with 500 Hp and if its KO you win the match, just imagine something like that

WillyCharizard said:
Can wait for Dynamax pokemon to become part of the TCG

One big card outside of the deck, that can only be put on the field with some condition and only for 2-3 turns also with 500 Hp and if its KO you win the match, just imagine something like that
Click to expand...

Nah; it'll be like Mega Pokémon. You play it as an additional evolution, and then you discard it at the end of the turn (or maybe the end of your opponent's turn, depending on if it gives you defensive advantages, but I'm assuming offensive only).

nays:
-the Dynamax feature is not instilling joy or excitement in me
-I'm not really a fan of the idea of some Pokemon being max raid battle exclusives
-I'm not a massive fan of sword wolf and shield wolf

Gossifleur & Eldegoss are pure Grass, Corviknight is Flying/Steel, Wooloo is Normal and Drednaw is Water/Rock. Legendaries types haven't been announced yet
Click to expand...

That’s Sword Dog and Shield Dog to you.
Can’t help to notice the following things:
- Professor Magnolia kind of looks like the Prime Minister of Great Britain.
- No Goomy yet. This scares me.
- Dynamax in TCG!

That’s all, but I’ll post back here if I find anything else.

Member
The Pokémon are OK, Drednaw I like the least, but there is none so far which I don't like apart from Scorbunny. A crow and a sheep make sense for Great Britain.
Only carrying a sword between your teeth like that and fighting with it looks really painful. Will it faint if it loses the sword (or the other way around)?

Member
According to the Pokemon site, you can battle in Max Raid Battles by yourself and you'll just have 3 filler NPC players join you, so certain Pokemon won't be locked behind multiplayer.

Also, according to the website "Pokemon from the Galar Region are capable of Dynamxing...". It sounds like only Pokemon caught or breed in Gen 8 will be able to use Dynamax but I doubt it and we'll have to wait and see.

Finally, judging on the images on the Pokemon site, when you Dynamax, get changed into a variety of different things like a Normal Physical Attack (ie; Scratch) becomes Max Strike, a Grass Physical Attack (ie; Razor Leaf) becomes Max Overgrowth and statue moves, regardless of type (ie; Growl and Taunt) become Max Guard. Also Max Strike lowers the speed of the Pokemon hit. By the sounds of this, it sounds like Z moves are getting replaced. 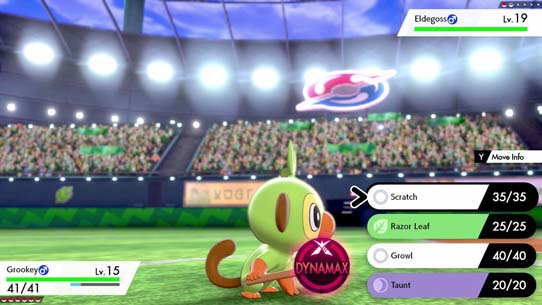 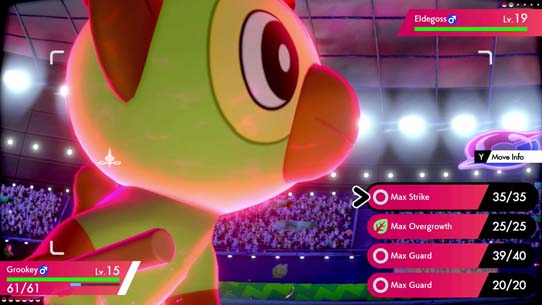