As most fans know, a Virizion V Box released on October 14th. It included a galaxy holofoil reprint of Keldeo from Astral Radiance. Nothing unusual there, right? Our promos are always printed on galaxy holofoil.

It was just brought to our attention that European versions of the Keldeo feature a unique holofoil pattern. This pattern has never been used on a Pokemon card before.

The new pattern is somewhat similar to the starry overlay that will be used on our future Pokemon ex. However, some of the stars are different. It includes “+” stars that aren’t on our Pokemon ex. The pattern is also much more dense than what we’ll see on Pokemon ex — it has a lot of stars. 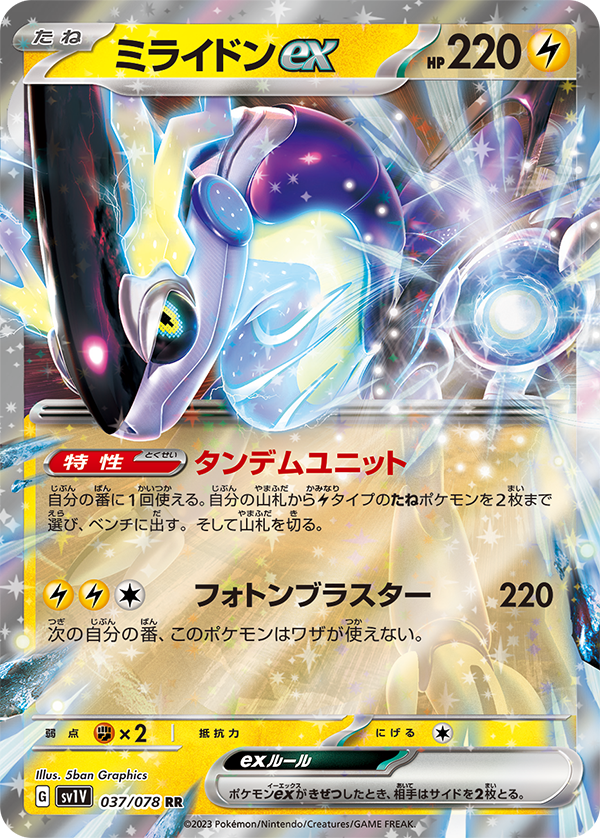 We’re not sure why this Keldeo exists. Perhaps it’s a future holofoil pattern that’s being used early at the factory? This could be the holofoil pattern that will be used for Scarlet & Violet promo cards, especially since the starry pattern evokes the Pokemon ex of the upcoming era. Scarlet & Violet‘s cards are surely being printed now, so maybe the factories are using the holofoil available to them. But this is all wild speculation for now.

Thanks goes to PokeBeach reader Tino A. for sending us his pictures and video!

Member
What if this will be the replacement of reverse holo's since new boosterpacks will contain 3 foil cards? That would be so cool, as I personally think reverse holo's are awfull and not worth collecting. These cards certainly will be!

Member
Its not first time Europe actually getting some exclusives,
Take this for instance:

Here is what everyone else got.

There is also presumably EX Legend Maker non holo secret rare Pikachu given out in Switzerland, but I have not seen pictures of this one yet.

Did I mention I love Pokemon cards like this!??? I love to now more about cards with the Keldeo holofoil pattern and hopefully aquire one for myself.

that being said, I am located in Norway and we also got the Galaxy Holofoil pattern Keldeo.
Last edited: Dec 31, 2022

Webmaster
Elite Member
Advanced Member
Member
I don't think they'd introduce an exclusive holofoil style to select countries at the very end of a generation. My wild, wild speculation is they ran out of galaxy holofoil paper because they're not going to use it anymore, then started using the upcoming holofoil to make up for it. Again, wild speculation.
R

Member
I hope this is the new holofoil! Looks great!

Member
Guys, I was looking at my Lapras (FO), Magneton (EVO) and Mew (EVO), and the only major differences I see between this sheet and the Evolutions variant of the Classic Stars Holofoil is the density of the effects (the stars and dots are closer together), the shape of the "+" effects (on the Evolutions sheet they were plus symbols formed of four "-"'s), and possibly the sheen (it's a little hard to tell, but on the original and Evolutions variants the sheets seemed to be formed of two separate layers, with larger stars above smaller stars, creating an almost lenticular effect, while in this case there seems to be just a glossy holofoil).

Pictured above is my Magneton (EVO) with the different pattern objects circled in red. All the symbols on the new holosheet are accounted for, but the "+" is formed of four separate "-" at right angles to each other, and the objects aren't packed as densely as on the new holofoil. (The lenticular effect is harder to capture.)

The only card in my collection with the original Classic Stars holofoil, and my favorite Pokémon tied with Charmander, this card has a special place in my collection. Note, however, the absence of any sort of "+" object, and the presence of several more star-like objects (including a diamond-like four point star, a burr-like eight-point star, and a larger eight-point star with a hollow center that looks like a drawing of the sun).

I would be really excited to get this holofoil on promos because Classic Stars is one of my favorite holofoils of all time. I will be a little disappointed if some of the lenticular effect of the predecessors is lost, however. Introducing this holofoil (which is pretty, but obstructs art) for promos and the more vertical XY bars holofoil (which is bland, but leaves art unobstructed) will provide a good balance of "pretty" and "functional" holofoils. I still hope they don't kill off Reverse Holofoils, though. Not only do I love them, I know someone who collected solely Reverse Holofoils. With three guaranteed foils in each pack, surely there's still room for reverse holofoils, so that reverse holofoil fans get the same chance that "pretty holofoil" and "functional holofoil" fans do. If, however, reverse holofoils have reached the end of the line... they've had a long lifetime, with dozens of variations internationally, and anyone who wishes to catch up on older variations can, for the most part, collect them on a very small budget.

If reverse holofoils as we have known them do meet their demise, it would be interesting to see the return of stamped foils. This would also tie into the ex era nostalgia Pokémon is angling for, but would be detrimental to the pattern of releasing stamped holofoils as promos in prerelease kits. In addition, reverse holofoils have become something of a branding factor for the Pokémon trading card game, being tentatively introduced in 2002 and consistently printed from 2007 to 2022. Also, even Japan, which has no guaranteed reverse holofoil, has featured reverse holofoil/mirror foils in their High Class expansions/Strengthening expansion sets, and without such sets in the states, it would be weird if Japan went on to get reverse holofoils every four months and international markets simply ceased to get them at all. There seem to be reasons both before and against making such a move, and without more information, it's impossible to know what move Pokémon would make.

Maybe the reverse holofoils will feature the holosheet from the Legendary Collection.

Water Pokémon Master's "wild" speculation makes sense, and I'm not sure why he didn't put it in the article (with the disclaimer, of course, that it is just speculation). After all, the people who don't have the patience to fully read articles will just skim through the comment's section to find out what he said, so if he puts his speculation in the article itself, they'll never spread it as fact.
D

Member
Love these variants! The Portuguese Celebrations had a special Holo foil pattern that was amazing. I posted about it in November of 2021.

Member
This could also be a test run/proof of concept for the new holo pattern before they mass-produce it on the exs. Probably just made it denser since there's no wavy foil above it like there's gonna be on exs.
N

Nintenfreak said:
It ain't quite pixel cosmo foil but its the best holofoil we've had in decades
Click to expand...

Yup. I wish we could go back to the old holos but anything is better than the line doo doo holos.
C

Member
This is super interesting. I would love to see this used somewhere on SV cards, especially because we’re probably getting holo borders on most, if not all, holo cards.

Leading expert on something, I bet

Member
The speckled foil is cosmos not galaxy