Pokemon Scarlet and Pokemon Violet were just announced in today’s Pokemon Direct presentation! The games will release worldwide in November 2022 for the Nintendo Switch.

The Starter Pokemon will be Sprigatito, the Grass Cat Pokemon who’s capricious and attention-seeking, Fuecoco, the Fire Croc Pokemon who’s laid-back, and Quaxly, the Duckling Pokemon who’s earnest and tidy.

The games will be an “open world” adventure. As the press release states, “Trainers can explore an open world where various towns with no borders blend seamlessly into the wilderness. Pokemon can be seen everywhere in this wide-open world – in the skies, in the sea, and on the streets.”

The games will connect to Pokemon HOME, but can only receive specific Pokemon. This indicates the pair will be programmed with a limited number of Pokemon like recent entries, allowing Gamefreak to focus on those Pokemon’s models and animations. This is likely going to be the trend for all Pokemon games going forward. 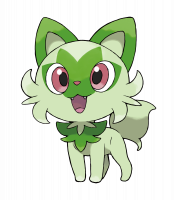 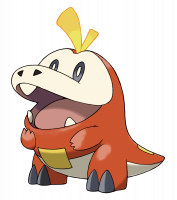 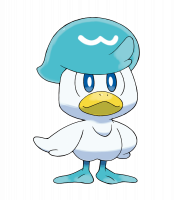 Member
Any idea where this could be based IRL?

edit: map resembling Spain can be seen in the trailer?
Last edited: Feb 27, 2022

Member
The graphics are a mix between PLA and BDSP,but the starters look great.
I'm split between the crocodile and the duck.

Member
I love the kitty cat starter!... but I'm worried I won't like the final form as much as it's basic stage, something I felt with Fennekin and Litten. Dino boy/gal's final evolution will almost definitely look awesome, so I may go with that. Looking forward to finding out what their final typings will be!

Member
The starter-design have a very Disney-feeling on them. Aahhh, it's probably the usual getting used-to-new-mon-vibe. Can't wait!

Member
The starters look great. The game itself, not so much.

The game looks to bright.. also, I may revise my judgement on the graphics, the open areas do look bland and boring, with too little detail

Member
the duck is so cute I love him
I actually love all three of the starters, in terms of base forms they might be my favourite trio since Sinnoh perhaps

Forum Mod
Advanced Member
Member
The starters don't interest me, right off the bat. But, they have potential. I'm probably learning towards Violet right now and picking the cat. And will probably just get the other version for Christmas like I usually do.

Game Freak, if you're listening. Please don't make the cat become Incineroar, but Grass type. Please and thank you.

Member
Wow cant quite believe it. On the one hand it feels almost too soon but on the other hand its incredibly exciting, from what was shown looks amazing. Im hoping for a cross between Sword and Shield and Arceus. I just hope these have been in the works for a good few years and are not rushed/short on content.

Guess this could mean this is the final year for Sword and Shield block of Pokemon Cards.

Member
I have been sitting on my hands waiting to buy a Pokémon game again. Was tempted by PLA, as I love Botw, but the issues holding it back would annoy me too much. Perhaps this is the game for me then. I like the sunny setting, and love the return of open world Pokémon. The disappointing thing is that there still seems to be a very low frames per second count on instances. I know, I know. Don't judge an early viewing of a game and all. But the lack of polish from GF has become notorious, so they need to start showing better quality stuff.

The models seem improved once again though, so let's optimistically hope they figure out how to optimize this PLA engine. Also, hopefully they listen to player feedback and make the handholdy stuff optional.

Forge002 said:
Wow cant quite believe it. On the one hand it feels almost too soon but on the other hand its incredibly exciting, from what was shown looks amazing. Im hoping for a cross between Sword and Shield and Arceus. I just hope these have been in the works for a good few years and are not rushed/short on content.

Guess this could mean this is the final year for Sword and Shield block of Pokemon Cards.
Click to expand...

I was only half expecting a Gen 9 announcement today - generations, save for a couple exceptions, are usually 3 years; on a dev schedule it made sense and not too soon at all. What threw me off was Legends, but since BDSP was outsourced to ILCA, I figured Gen 9 was still in the realm of possibility.

Member
Graphics don't look great and I'm not a fan of the player character designs at all, but if it plays more like Legends Arceus it should be fun at least.

Member
Very solid looking starters in my opinion, full of charm. Hope the evolutions live up to the first stages.
P

Member
Definitely, this new region is mainly based on Spain. A map of Spain can be seen at the beginning of the trailer, in the right part of the room. Also, some famous references like Sagrada Familia from Barcelona, Madrid's Plaza Mayor or Flamenco dancers art in the trainer house are spotted. We will countinue our journey through the Iberian Peninsula! Hola, 9th gen!

Member
I can see patches being made before its release. I have a bad feeling that this was rushed too quickly, and this is where Game Freak needs to slow down.
P

Kangaflora said:
I can see patches being made before its release. I have a bad feeling that this was rushed too quickly, and this is where Game Freak needs to slow down.
Click to expand...