Hello to all PokeBeach readers. I’m back for another Pokémon TCG article and this time I’m going to talk about the two main decks in the Battle Styles set; Rapid Strike Urshifu VMAX and Single Strike Urshifu VMAX. The new set arrived offering two different mechanics; the Rapid Strike and the Single Strike, which offer features and benefits to all Pokémon in these categories. 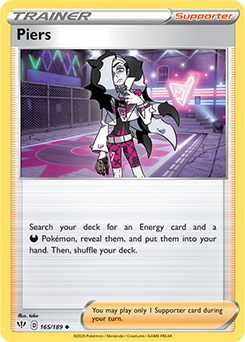 To understand how these mechanics work and learn about Battle Styles strategies, I can think of nothing better than exploring Urshifu VMAX Rapid Strike and Single Strike decks.

These decks intend in theory to end popular decks of the format like Pikachu and Zekrom-GX and Eternatus VMAX, but we know that in practice this task will not be as simple as it seems. PikaRom can still count on Mewtwo and Mew-GX to handle the matchup and Eternatus VMAX can play Weakness Guard Energy to prevent Weakness and Piers to find it easier.

The two versions of Urshifu VMAX have the ability to change the format considerably, but you need to understand how much they will be able to realistically change. With two distinct and strong strategies, the decks already present in the format will have to prepare themselves to deal with so much force.

That is why the purpose of my article today is to present you with my lists of Rapid and Single Strike Urshifu VMAX, which I have assembled with a lot of focus on consistency, without considering metagame so much. The idea is to understand the impact that these decks will have on the metagame.

Two things impressed me about these Pokémon; their ability to Knock Out a Pokémon VMAX in one attack, and the ability to deal with Zamazenta V and Decidueye with G-Max One Blow attack, which ignores the Ability of these Pokémon.

With such a strong and complete attack, the strategy of the entire deck works only to give all the support to Urshifu VMAX Single Strike. The idea is to get the VMAX powered up by the second turn of play and end the game in a few turns — a strategy similar to some of the most popular decks of the format, such as Eternatus VMAX, Centiskorch VMAX and Arceus and Dialga and Palkia-GX. Despite having such a strong attack, however, it will hardly be possible to carry out this attack two or three times in a row, so the main idea is to KO and take six Prizes in only three attacks. To speed up the energization we have Houndoom, and to guarantee that we’ll always have the Single Strike Energy at our disposal we play the maximum amount of Urn of Vitality.

The strategy is simple, but the deck building needs to be sound for the whole process to be carried out. The idea is to get two-to-three Stage One Pokémon on the field in the second turn to be able to attack with Urshifu VMAX. Right after using G-MAX One Blow, it is necessary to find the Urn of Vitality in order to return the Single Strike Energy to the deck, and then Houndoom can attach it again. This setup and must be performed and repeated numerous times during the game. The big challenge is to carry out and maintain the setup, and in exchange for that, you will have a strong attack capable of Knocking Out any Pokémon.

Kricketune V can be seen as one of the best Pokémon in the new set, but it is still necessary to test to see if it is truly as good as it looks. The idea is to keep Kricketune V on the Bench for the entire game in order to be able to draw more cards and improve the consistency of the deck, as well as being an incredible response against Reset Stamp and Marnie.

I would like to have Eldegoss V on the list, but I had to remove it due to lack of space on the Bench, which is already filled by Houndoom, Urshifu VMAX and Kricketune V, in addition to Dedenne-GX and Crobat V. Since it is not possible to play Eldegoss V, I preferred to play four copies of Boss's Orders, as that way I increase my chances of having this card whenever I need it. Since we will only have a few attacking turns, I believe it’s essential that you at least have the possibility to attack the Pokémon you want to target you want from your opponent.

This Tool gives Urshifu VMAX the possibility of causing damage with only one Energy, which makes this card useful and interesting, especially after discarding all Energy in the G-Max One Blow attack.

My first impression of this card is that it is stronger than it looks — it’s not an essential card for the strategy, and there is no perfect situation or matchup for it yet, but whenever it appears in the game it ends up being useful. I don’t intend to take that card off my list anytime soon, but I still don’t see myself using two copies.