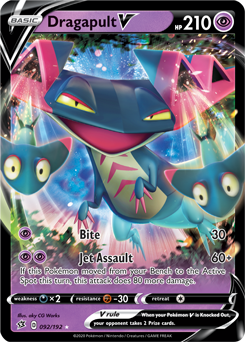 I was going to cover the Pokemon Players Cup in my segment for this week, but the results thus far aren’t public. That said, I’ll be covering other topics we haven’t gone over here yet! First, small update: I personally advanced to the second week of the Pokemon Players Cup with a three win-zero loss record. I played Dragapult VMAX and beat Spiritomb, Green's Exploration / Pikachu and Zekrom-GX, and a Dragapult VMAX mirror.

Now, today I’m going to cover two cute concepts starring Alolan Persian-GX. A bit about this card first, Smug Face is enough to squash a Baby Blacephalon deck, as is it to crush some Pikachu and Zekrom-GX lists. It also single-handedly destroys a Spiritomb deck and can be annoying on various levels to other popular decks. TAG TEAM Pokemon-GX, Ultra Beasts, and Special Energy show up in many different things, so it’s obvious to me that this card is underplayed right now and a real diamond in the rough.

There are two strong ways to play Alolan Persian-GX. The first, as one of the attackers in a Weavile-GX Toolbox, and the second as the main attacker in a counter-style deck. Darkness Toolbox is a bit of a throwback, Weavile-GX got a lot of hype going into the last World Championship where it mostly fell flat. Since, it’s been on the backburner throughout the entire season, never seeing any notable success. Recently it’s cropped up in online tournaments again — And why not? — Dragapult VMAX is dominating the scene right now. Dragapult VMAX brings a huge Weakness to Darkness that Alolan Persian-GX or any Darkness type deck can exploit, something many decks can’t say. The only other of which is Spiritomb; an inconsistent deck that I’ve never grown super fond of myself.

Weavile-GX Toolbox has gotten a little better since I last talked about it. It’s gained Red and Blue, Tag Call to go with it, Quick Ball to make it a little more consistent, and Alolan Persian-GX itself of course for previously difficult matchups. This deck still has some consistency issues, but Alolan Persian-GX sort of compensates with that as in many matchups you’ll have extra time to set up with your opponent unable to deal with its Ability. Once set up, this deck has a lot of unique options to deal with most decks.