Hey all, this is going to be my last article before Worlds; it’s going to be a good one. I’m doing a whole lot of stuff this month and will be extremely busy! I’ve been testing a lot and have a lot to share with you all. Since post-rotation content has started to surface, I’ve covered Blacephalon-GX Naganadel-GX, Pikachu and Zekrom-GX, Reshiram and Charizard-GX, and a few other straggling ideas like Aerodactyl and Chandelure. There’s two decks I want to give my take on still – Malamar and Darkness Toolbox. There’s a lot of misleading information about these two out there and I want to set the record straight. This format may still have a dark horse or two, once the set comes out online folks will be able to play even more games than before, clearing up some of the confusion. Here’s the first of the two aforementioned decks I ought to cover:

I thought Malamar was going to be the de facto best deck post-rotation! How times have changed… I think Malamar is extremely inconsistent and always seems to be a turn behind even in the best of matchups. When it sets up it will beat anything, no matter what version you’re playing, but I firmly believe the straight Psychic type version is the best. It’s the most consistent too, but that’s not really saying anything. It doesn’t completely brick often… it’s more likely you’re missing a piece to attack — maybe one more Malamar, just a Psychic Energy, you know the drill. In any case, I would much rather play a back to basics Basic deck like Pikachu and Zekrom-GX or Reshiram and Charizard-GX than this deck, it’s just too much work to do so little. Here’s my list though, the one I think is the best right now:

Playing any less than four of these is horrible. With this deck being as inconsistent as it is, you want to bolster your chances of setting up as much as you can. Four Jirachi gives you a solid chance of starting with it on your first turn and immediately helping you set up a little faster with Stellar Wish.

A lower Energy cost attacker than can deal massive damage by copying Flare Strike on Reshiram and Charizard-GX, for example? Sign me up! It’s really strong in this deck and even good in the mirror match where you can copy an opposing Giratina for instance. There are so many solid uses for it, it’s a really good inclusion. Yes, it was reprinted as a Promo in one of the later blocks, too. 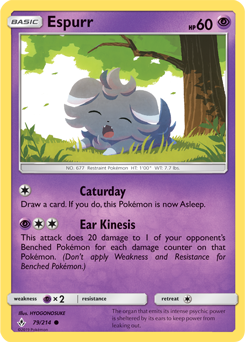 Grant did an amazing job introducing this card to the world in his article talking about Malamar and I too can say I’m just as impressed. It’s like playing a Custom Catcher package without actually playing four Custom Catcher; it’s worked very nicely to finish up Knock Outs.

This deck absolutely needs to play a “fifth” Inkay. It boosts your consistency a bit and helps you more consistently find Malamar bases on your first turn. While there isn’t a spicy Stage 1 or anything in this deck, the Ditto Prism Star more than pulls its weight just by being another out to an “Inkay.”

Being a non-GX deck for the most part without a clear way to take one-hit Knock Outs means you need a damage modifier. I’ve messed around with Shrine of Punishment to limited success, but Spell Tag has consistently been solid. It can even set up neat Espurr plays and more! It’s incredible with Cross Division GX to clean up some Knock Outs and finish the job. With any less than four you will less consistently find them and with that they will lose some of their value. You don’t “want” to get Knocked Out, but when you do it’s preferred that you’re getting something back out of it. You have six Prizes to give, so finding Spell Tag quickly and often gives you good chances that you’ll be able to use all four effectively.