In the first part of this series, we covered the common counter decks to Zoroark-GX. In this half, we will be continuing in that vein, with a slight twist. Today I am covering two decks built to have strong Zoroark-GX matchups, while heavily utilizing Zoroark-GX themselves. To start, let’s take a look at Zoroark-GX / Night March.

This is what makes the deck pop. Instead of a 1-1 or 2-2 line of Zoroark-GX, we’re running a thick 4-3 line. The goal turn one is to get multiple Zorua on the board, just like a regular Zoroark-GX deck normally does. In testing the deck the deck with a 2-2 line, I noticed that the games I had two Zoroark-GX on the board were much more consistent and smooth. After bumping it up to a 3-3 line, that became more consistent. Finally, in order to maximize odds of two Zorua on turn one, I bumped it up to a 4-3. This also allows us to drop one Shaymin-EX from the list, since it is not as vital for late game consistency. 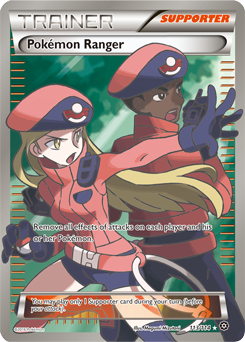 There were only a total of three Basic Energy among the Top 8 decks at San Jose Regionals; every deck except Wailord-EX relied heavily on Double Colorless Energy to function. As a result, people have started eyeing Giratina-EX as a possible counter. Personally, I would not expect to play against Giratina-EX in Dallas. The reality is that there are too many decks in Expanded right now to tech for a fringe rogue deck. The real reason we are playing Pokémon Ranger is to give us a way to beat Seismitoad-EX.

The two main counters to Night March are Karen and Oricorio. There’s not much we can do to counter Oricorio other than playing smarter. Against Karen, our heavy line of Zoroark-GX makes a big difference. If Karen were all we had to contend with, it would be easy to beat. Unfortunately, Karen usually comes paired with a Quaking Punch from Seismitoad-EX. Worse than that, several decks running three or even four copies of Seismitoad-EX have cropped up, making the Quaking Punch more consistent. How do we beat that? With a combination of Zoroark-GX and Pokemon Ranger. This allows us to hit a pivotal Knock Out against Seismitoad-EX and swings one of Night March’s worst matchups to being nearly even.

There has been debate for a long time between Dowsing Machine and Computer Search in Night March. For the longest time, Computer Search was the obvious choice. Hitting a Double Colorless turn one is critical to keeping ahead in the Prize race. On the other hand, Dowsing Machine gives us more total resources in the deck, and helps substantially late game. Recently, the balance has shifted to where Dowsing Machine is now the clear favorite. Puzzle of Time and Battle Compressor are the two most common targets for your Dowsing Machine. It essentially gives us a fifth copy of Puzzle of Time, allowing us to double Puzzle twice in a game even when we are forced to discard one copy early. If your opponent plays Karen, every copy of Battle Compressor is precious to continue taking Knock Outs. Against Energy denial decks, having an extra way to recover Double Colorless Energy and Special Charge to recover even more Energy is crucial to winning.

By now, Ghetsis has become a staple in nearly every deck. On turn one, it’s most valuable in the mirror, against other Night March decks. Most other decks don’t play such a massive percentage of Item cards, and play enough Supporters and copies of Tapu Lele-GX that Ghetsis has a tendency to fizzle out. In the mid-game to late-game though, Ghetsis becomes a powerful tool when used at the right time. Most decks play only one or two copies of Guzma or Lysandre. If you see two in the discard, that means your opponent most likely doesn’t have one in their hand. However, they may have a VS Seeker instead. By playing Ghetsis, you guarantee that they do not have an out to Guzma in hand, unless they top deck at the start of their turn. This strategy is not as effective against Zoroark-GX, since they can draw several more cards for a chance to hit the VS Seeker. Still, if you see multiple VS Seeker in the discard as well, Ghetsis makes it much less likely they have VS Seeker after they are done using Trade. Playing Ghetsis at just the right time can be immensely satisfying, but it requires reading your opponent some, or its effectiveness can wane.

This matchup is solidly in our favor. The heavy Zoroark-GX line in our deck makes a single Seismitoad-EX much less effective. You still have to play smart with Battle Compressor, and a skilled Zoroark-GX player can keep the matchup close at least. If you tear through all of your Battle Compressors turn one, a single Karen will destroy your setup. You want to make sure Pokemon Ranger does not end up in the discard, since all of our means of pulling it out are via Items. With Zoroark-GX on the board, drawing into Pokemon Ranger makes a Knock Out on Seismitoad-EX fairly easy. 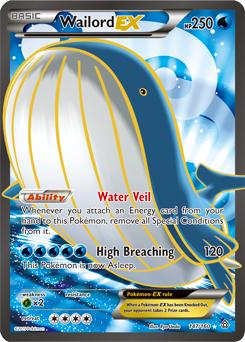 Interestingly, this matchup changes wildly based on the skill of the Night March player. With a less experienced Night March player, the matchup is strongly in Wailord-EX‘s favor. At the same time, as the experience of the Night March player increases, the matchup becomes strongly in Night March’s favor. Wailord-EX has some inherent inconsistencies, compared to Night March’s incredible consistency. Prizes can be critical as well. With one or fewer Night March Pokemon in the Prizes, Marshadow-GX can deal 250 damage by using Night March with a Choice Band attached. If that isn’t possible, you are forced to two-shot Wailord-EX. Looping Sky Return with Shaymin-EX is a decent short term strategy. Team Skull Grunt means this strategy cannot be performed indefinitely, but the real goal is to force your opponent to leave damage on a Wailord-EX so that you can take a Knock Out. Once you pull enough Night March Pokemon out of the Prizes, you set yourself up to start chaining Knock Outs.

This list is built to have a better Seismitoad-EX matchup, but that still doesn’t make it easy. Our Zoroark-GX has great damage output against Seismitoad-EX, even without using any Items. The tricky part is finding Double Colorless Energy under Item lock, since your opponent will likely discard yours almost every turn using Enhanced Hammer and Puzzle of Time. If you can take an early Knock Out, and draw into Pokemon Ranger at an opportune time, this matchup is definitely winnable now.