The Hunt for Red October is a story about a fictional commander of a submarine who – whether crazy or not – defects from Soviet Russia and takes the crazy step to sail his sub all the way to the East Coast of the United States. He wasn’t sure what would happen, and the characters around him weren’t sure if he was sane, but he took his ultimate weapon all the way to the opposite end of the Earth.

A lot of you readers will be taking out ultimate weapons of your own. Maybe not nuclear-caliber submarines, but definitely some great decks to handle the Regional Championship metagame. This season, we have two alternate formats for the same stretch of the season, and not a whole lot of time to prepare for them! 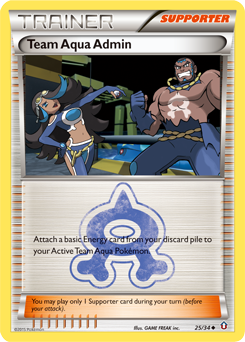 Today, I’ll do my best to help you stay afloat for both events. We’ll talk about big picture topics such as what to make of previous events and surprise plays to get around issues in Expanded and Standard, as well as what I consider to be good choices for both events.

It’s no secret that much of the format at the upcoming Regional Championship in Arizona will look in many ways like the Worlds format revisited. I fully appreciate that XY – Steam Siege and BW – Steam Siege are different formats, but the availability of Dark Patch, Eelektrik, Hypnotoxic Laser, Archeops, and Ace Specs won’t change the excitement some people may feel about playing, say, Greninja BREAK / Talonflame in a serious event for the first time. There are also a surprising number of people who want to keep playing Night March despite its (relatively) weak showing at this past Worlds. I can only speculate if it’s because people earned their biggest successes of their careers with it, or they know that Karen is coming (see below), but I sense lots of motivation from the community to go use Joltik, Pumpkaboo, and Lampent one last time.

At any rate, many of the players going to Arizona will be easing themselves into this new season, and through extension this first and only major tournament to use the BW – STS version of Expanded. Easing into a new format entails playing something you know well, or alternatively something which is a proven quantity and could predictably do well. For those reasons, I’d expect to see some Greninja, lots of interesting variants on Vileplume, Night March, Water Box, Metal, and more. The only exception to this I expect is M Audino-EX, which has a hard time with the raw power provided by Hypnotoxic Laser, Dark Patch, and others.

What are the implications of so many people huddling to Worlds-proven decks? For one, it will make your day more predictable, as the fewer people using wild deck ideas, the better a time you’ll have pinpointing a safe play with good odds of winning. For another reason, it allows you to make a simpler secondary set of metagame predictions than normal: Rather than worry about what new, radical idea will come out, a sizable chunk of the field will be using the most streamlined of the streamlined, and may in fact do little more than netdeck winning lists, although they will hopefully take the last step and add in an Ace Spec!

But perhaps most useful of all is that by knowing of a deck, and by being able to make reasonable assumptions about that deck’s engine, you could find great ways to exploit holes in the ever-growing Expanded metagame. A few players at last year’s Houston Regional were rewarded greatly by deciding to tech in a copy of Ghetsis, so as to punish players whose decks were heavily reliant on Items. Ghetsis at that point was underplayed, but players’ direct knowledge of the popularity of Blastoise and Night March the immediate season before benefitted them, and so you saw numerous people in day two of that tournament packing Ghetsis to great success. I’m not saying we will see a repeat of that with some other card, but it certainly opens up the possibility. 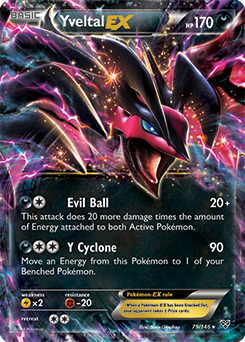 So after just talking about how much Regionals will look like Worlds why I am turning around and saying that Yveltal is the deck to beat, a deck that was not notable at all for Worlds?

Anyone who followed the entirety of the Regional Championship series last season knows that Yveltal variants never faltered in Expanded, unflinchingly earning Top 8, finals seats, and wins in all age groups. Even when we got radically new sets, it still did well! It was also fascinating to see how a combination of Canadians and Californians arrived at bigger, better evolutions of the deck eventually making what would be a dominant turbo list.

Why is Yveltal still such a force in a field where nearly every major deck over the past five years is not only legal, but viable to some degree as well? That’s because among all of those decks, Yveltal has been the most consistent of them. It has remained consistent because nearly every new set has given it something new helpful. It’s also remained on top because it is the perfect storm of Energy-acceleration, space-efficient Basic Pokemon as your attackers, options, bulk, and theoretically unlimited damage thanks to Evil Ball. Contrast that to Night March, which is definitively glass cannon; or to Speed M Rayquaza-EX, which can take a lot more cards simply to arrive at marginally better results than Yveltal-EX on a normal day.

I concede that I may be exaggerating the weaknesses of both of these decks: Night March’s status as a glass cannon attacker didn’t stop it from dominating much of last season, and all the cards required to use Emerald Break didn’t stop M Rayquaza-EX from winning Canadian Nationals. But when you break it down, Yveltal is the best deck in Expanded precisely because there is no room to exaggerate its weaknesses, which are few to none. Even its reliance, or arguable over-reliance, on Items is neutralized through a mix of Pokémon Ranger, exploiting the Weakness advantage against Trevenant, good play, and a bit of luck.

Speaking of all those things, what would I do with Yveltal? I don’t plan to go to Arizona, but listed below is currently how I am presently running Expanded Yveltal, and most likely how I would run it if I did go to Arizona.