Huge wave of news! Pokemon.com has revealed details on Regionals prize support, Championship Point payouts for every event, the European International Championships, and the number of points needed to qualify for the World Championships!

The difference between top 4 and second place is astoundingly high! I know I’d be sad if I placed third and only get one tenth the prizes of the person one place above me. :P

Locations, dates, and formats for all North American Regionals were announced here. 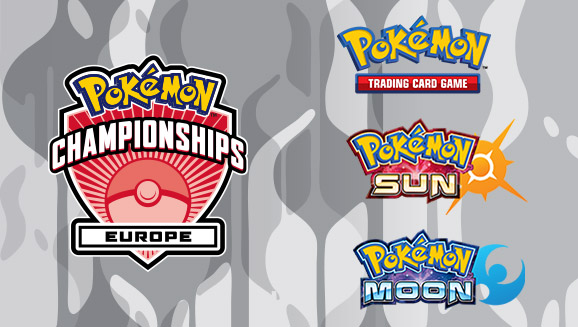 Europe will be the first to hold its International Championship tournament. It will take place on December 9–11, 2016 in London, England.

The top four TCG and video game players from each rating zone and age division who participated during the 2016 season will also receive Travel Awards to the European International Championships. In addition, TCG players ranked 5th–16th and video game players ranked 5th–8th are awarded a Travel Stipend for this event. So if you did well during the 2016 season, even if you’re not from Europe, you’ll be receiving a travel award or stipend for this massive tournament!

The prize and Championship Point payout have been revealed as well, which can be found here. These figures are similar to those used for the U.S. National Championships.

That page also reveals “Special Events” which, according to Pokemon.com, will be held as side events at major Championship Series tournaments or as standalone events scheduled at gaming conventions. These tournaments have a large Championship Point payout that is comparable to States. No Special Events have been announced for this season, but there will likely be a handful of them throughout the year.

The best finish limits were revealed as well. Some of what we learned a week ago was reflected in this recent update, but not all of it.

League Challenges and League Cups share the same limit and are split up into quarters, as we already reported. The length of each quarter is as shown below:

Regional Championships and Special Events now use the same best finish limit, which is 8.

And finally, the number of points needed to qualify for the World Championships has been announced! Below is the full chart for TCG based on age division and rating zone:

The North American requirement has been increased from 300 to 500, and all other rating zones have been increased, too. This will likely affect the number of players attending the World Championships this year. The number of points distributed at events this year is higher, though, so we’ll see how this affects Play! Pokemon events and its player-base.

That’s quite a lot to take in. What do you think of these changes? Discuss in the comments below!