Hello everyone! I’m back at you with my first article of the new season! Today I’ll be going over Accelgor from Dark Explorers, a card that just refuses to die. With Evolutions not offering a whole lot of new competitive cards, these decks will keep their spots under the “viable” label for Expanded tournaments around the globe!

My roommates and I have a cat. More accurately, it’s my roommate Carrie’s cat, and Grady and I just look at it when he walks into the room. He knows one trick. If you point at him and shout, “be a cat,” he’ll do it every time. We call him Finn, named after the main character from the show Adventure Time. He likes laundry, meowing at closed doors, and sitting on the top of my desk chair.

My girlfriend has a dog. Quite possibly one of the most unique dogs I’ve ever encountered. He’s one of those dogs that has a big personality and lets it shine through whenever you come home. Eli is his name, and quite simply, he’s a goober. I just got home from hanging out with Karla, and as we were snuggling up and watching TV, I took out a bowl of popcorn. Eli proceeded to sit there and give me the best puppy-dog eyes any animal has ever given me. He’s always good for a solid laugh. 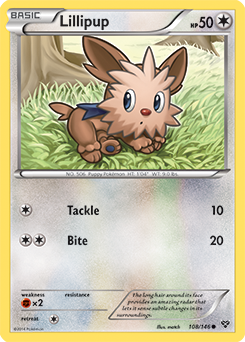 So why tell you about the animals in my life? Well as I sat here, listening to my normal pump up writing songs (Battleflag by Pigeonhead) I couldn’t think of a great way to give you some sort of intro into my article this go around. Usually I have some sort of sports analogy, but I definitely over use that. Instead, I wanted Finn and Eli to be representations of two mentalities going into large tournaments.

The first, Finn, is the reliable, consistent pick. While it may be less fun, and kind of boring at times, you know it will always be a good option to get you far in the tournament. The second, Eli, is wild, crazy, and unpredictable. Even if it doesn’t get you to the top, at least you know it’ll be a fun journey. Every so often, the “Eli” decks out there will break out for a deep run, and you’ll end up winning a tournament with man’s best friend at your side. I’ve always been more of a dog person, so that’s why today’s topic is going to be  Accelgor!

Well let’s start off this party by taking a look at what exactly Accelgor can do, and the magic numbers it can hit! Accelgor is a 90 HP, Stage 1 Grass-type Pokemon. The amount of HP it has means it can be searched out by Level Ball. Its first attack, Hammer In, costs one Grass Energy and deals 20 damage. That’s not as exciting as its second attack, Deck and Cover which deals 50 damage and Paralyzes and Poisons the opponent’s Active Pokemon. The draw back to this is that Accelgor must then be shuffled back into the deck. The Weakness to Fire almost never comes into play, but the free Retreat it boasts sure does.

So basically, the best way to play this card is with some form of disruption, specifically Pokemon that gain power from being in the Active position. The three that I’ll be pairing with Accelgor today are Wobbuffet, Trevenant, and Stoutland. We have some things to cover beforehand though.

This is always a fun exercise to do with your decks. Go through your entire deck and see if you can deal every amount of damage from 10 to 180! If you can’t it’s no big deal, but there is a way for Accelgor to deal every amount of damage in that range! Keep in mind I might be hitting some of these numbers with Poison. We’re looking at the damage the defending Pokemon will have on your turn following the turn Accelgor attacked. There will be multiple ways to achieve some numbers. Let’s take a look.

So as you can tell, Accelgor has ways of achieving every number from 0 to 180. While a lot of Pokemon are capable of doing so, Accelgor can do it all with relative ease, which is surprising for a Pokemon that doesn’t damage modify itself like Yveltal-EX and Mewtwo-EX can. The Poison damage makes all the difference.

Now I did point out the 110 damage scenario because of how notable it is. What 110 HP Pokemon can you think of that is found in nearly every deck? Yep, our good buddy Shaymin-EX. One of the big strategy points of Accelgor based decks is to take Poison Knock Outs coming from your opponent’s turn into yours. With the paralyzation factor, this ensures that your Pokemon are less likely to get Knocked Out. Barring a Switch, AZ, Pokémon Center Lady, counter Stadium, and similar things, if you Lysandre up a Shaymin-EX and Deck and Cover into it with a Virbank City Gym in play, you’re going to take an easy two Prizes, and then still have control of the board.

Knowing the limits of Accelgor and being able to count numbers and have at least one or two turns of the game taking a KO coming into your turn is what makes Accelgor such a dangerous card. It’s what makes a good Accelgor player in the first place. When practicing this deck, make sure to keep an eye on this key factor.

As a quick aside here, there is one correct Shelmet to play. All four printed Shelmet all have 60 HP, a Fire Weakness, and three Retreat. So with no difference in those three factors, we then have to turn to the attacks. Most Accelgor decks don’t run Grass Energy, so Shelmet from Plasma Blast becomes the only one with a relevant attack that we can use.

So moving on to partners for Accelgor. I did list out the three Pokemon I plan to talk about early, and I’m getting there, but first I have to talk about Stadium possibilities. While most of the magic numbers are hit because of Virbank City Gym, it isn’t always the go to pick for Accelgor players. In fact, there are quite a few different Stadiums that Accelgor benefits off of.