The official Pokemon Card website rolled out a massive update tonight, revealing new cards from XY10 Awakening of Psychic Kings / Fates Collide. Several other cards were revealed in CoroCoro earlier, such as M Alakazam-EX, so you can check out this news story for those.

Thanks goes to Jake C., Sean T., and Marco T. for the translations!

[P][C] Suppression: Place 3 damage counters on each of your opponent’s Pokemon that has any Energy attached to it.

[M][C] Fight Alone: 30+ damage. If you have less Pokemon in play than your opponent, this attack does 60 more damage.

[C] Cleaning: Choose 1 Pokemon Tool attached to 1 of your opponent’s Pokemon and discard it.

[P] Head Walking: Choose a Basic Pokemon in your opponent’s discard pile, put it onto their Bench, then place 3 damage counters on it.

[P][P] Beat Skip: 50 damage. Your opponent switch his or her Active Pokemon with 1 of his or her Benched Pokemon.

Your turn does not end if the Pokemon this card is attached to becomes M Alakazam-EX.

Devolve 1 of your evolved Pokemon and put the highest stage Evolution card on it into your hand. (That Pokemon can’t evolve this turn.)

A Mandibuzz BREAK promo will be given out to players who purchase a booster box of the set: 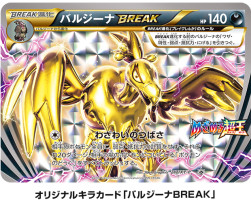 A new Garchomp-EX promo was also revealed, which will be given out at Blastoise Mega Battle tournaments within the coming months.

[F] Tear Up: 30 damage. This attack’s damage isn’t affected by any effects on your opponent’s Active Pokemon.

Furthermore, the official site revealed that the new cards we saw in our Generations set will be appearing in the BREAK Starter Deck. 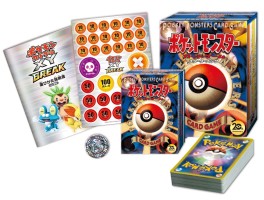 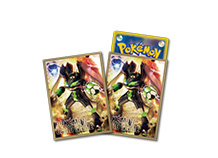 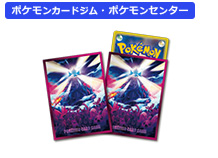