CoroCoro has officially revealed XY10 Awakening of Psychic Kings as well as well as the “Zygarde-EX Perfect Battle Deck!”

Both will be released in Japan on March 18th  – just over a month away. Zygarde-EX is in its Perfect Forme and is a Fighting-type.

Thanks goes to @fubuki158 for the images and Vincent, Michael S., Marco T., and Mia V. for the translations! 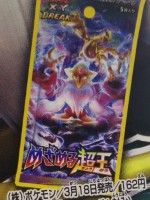 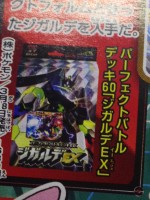 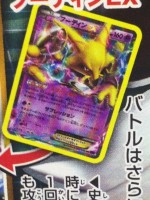 Ability: Spoon something. Too blurry, we think it might say “Before evolving into M Alakazam-EX, you may put 3 damage counters on all of your opponent’s Pokemon.” We should have a proper translation soon, so keep checking back!

[P][C] Suppression: Too blurry, check back soon for translation. 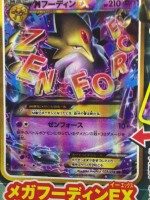 [P][C] Zen Force: 10+ damage. This attack does 10 damage plus 30 more damage for each damage counter on your opponent’s Active Pokemon. 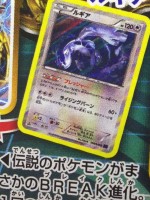 Ability: Pressure
When this Pokemon is your Active Pokemon, damage done to this Pokemon by your opponent’s Pokemon’s attacks is reduced by 20.

[C][C][C] Rising Burn: 60+ damage. If your opponent’s Active Pokemon is a Pokemon-EX, this attack does 60 more damage. 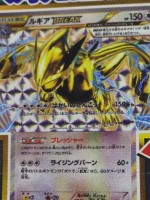