Check out the new Mythical Pokemon artwork by Ken Sugimori!

A New Nintendo 3DS bundle will also be released to celebrate Pokemon’s 20th anniversary! It’ll come with a regular New Nintendo 3DS, Red and Blue both pre-installed, a Pokemon Red and Pokemon Blue 3DS theme, and two cover plates featuring the box art from the original games and the Pokemon 20th anniversary logo. It will launch on February 27th, but no price has been announced yet. 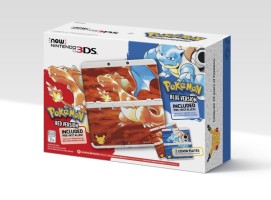