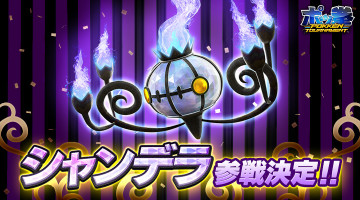 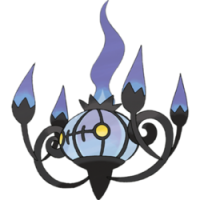 Well talk about an unexpected Pokemon!

After announcing a Pokemon with “ラ” in its Japanese name would be revealed this week, the official Pokken Tournament website has revealed that the Ghost/Fire-type Pokemon Chandelure (Chandela) will be the next playable fighter in Pokken Tournament! A gameplay video showing it off will debut in Japan on January 31st and will probably be posted online at the same time.

Check out the cool glass effect on its body; we would never see that in the games!

Pokken Tournament will be released in Japan for the Wii U on March 18th. In America, we only know it will be released in the spring, but the new XY Trainer Kit featuring Suicune and Pikachu Libre might be hinting that its release date will be around late April or early May.