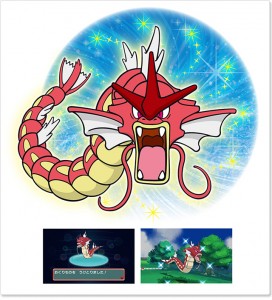 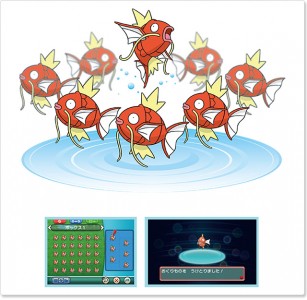 As its mascot, a shiny Gyarados will be distributed at Hiroshima’s new Pokemon Center from June 26th to August 31st to celebrate the store’s grand opening. The Gyarados can be downloaded to X, Y, Omega Ruby, and Alpha Sapphire. No other details are known at this time.

Magikarp will also be distributed. The official Pokemon website hints that the Magikarp may be shiny, so it’s possible there’s a higher chance of getting a shiny one than usual. The website mentions that the purpose of the distribution is to spread Magikarp on the GTS and to Wonder Trade them to spread them around the world.