Although it has yet to be officially announced, Serperior with its Hidden Ability of Contrary is now available for download to American and European games via Mystery Gift. To download it, use code “POKEMON497” in the Mystery Gift menu. It is Level 50 and knows Leaf Storm, Hold Back, Wring Out, and Giga Drain. The Pokemon was originally made available to Japanese games starting January 9th.

Update (Thursday) – Pokemon has revealed that Reckless Emboar will be available starting January 29th with a code from Pokemon.com while Shell Armor Samurott’s download will start February 5th with a code from the Pokemon Trainer Club newsletter. All three distributions will end November 30th. 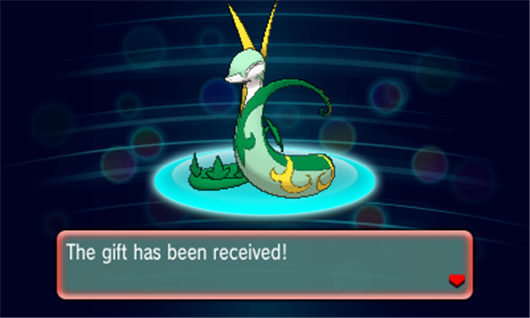