A product image for the 2014 World Championship Decks has finally been revealed! The decks that will be printed are, unsurprisingly, the winners of each age division: Andrew Estrada, Trent Orndorff, and Haruto Kobayashi. The fourth and final deck is currently obscured from view, so we don’t know who else was selected. The decks do not have a specific release date, but will hit store shelves within the next three weeks.

These decks allow new players to practice with a real World Champion’s deck, but as with every World Championship deck, the cards cannot be used in official tournaments. They are printed with special backs that do not make them legal. But if you want to practice the game, this is a perfect way to do so! 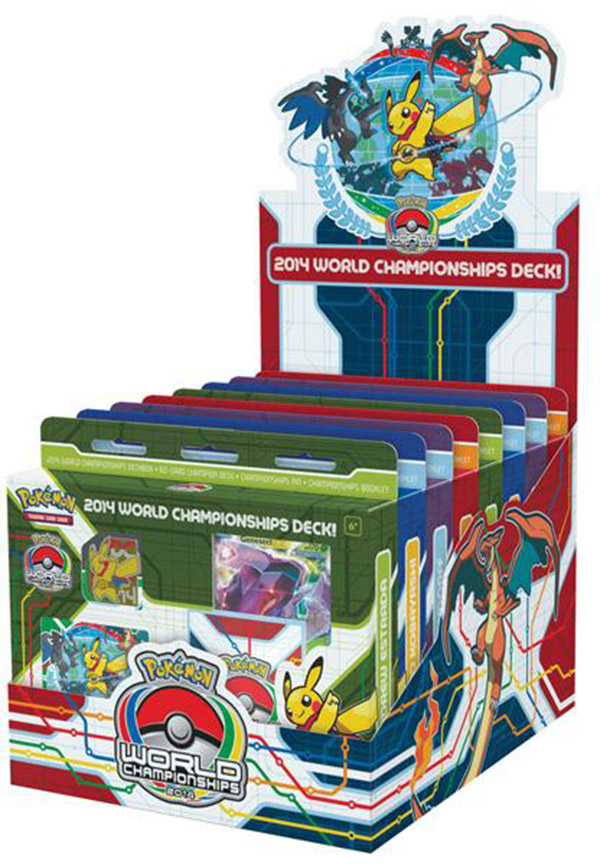