We have received exclusive images of CoroCoro‘s Gaia Volcano and Tidal Storm pages a day ahead of the magazine’s release! The pages reveal Kyogre-EX (#11/70) and Groudon-EX (#39/70) as well as Sceptile, Blaziken, and Swampert. Translations are below thanks to Franco T. and Bangiras! As posted earlier, the set will be released in Japan on December 13th.

Separate from CoroCoro, the product sell sheet has also revealed that the set’s booster packs will come with special code cards that allow you to download Pokemon in Omega Ruby and Alpha Sapphire that you can’t get through normal gameplay. You can also download items. You will have to go to a website to redeem the codes. The cards will feature a screenshot from OR/AS and are meant to be collectible. No other specifics were revealed.

The Super Legend Set: Xerneas-EX and Yveltal-EX has also been showcased in CoroCoro. The package will come with reprints of the Pokemon’s regular and full art Pokemon-EX cards from XY. However, the regular EX will be reprinted with America’s exclusive XY promo artwork for the first time.

To discuss this news, post in this thread on our forums! 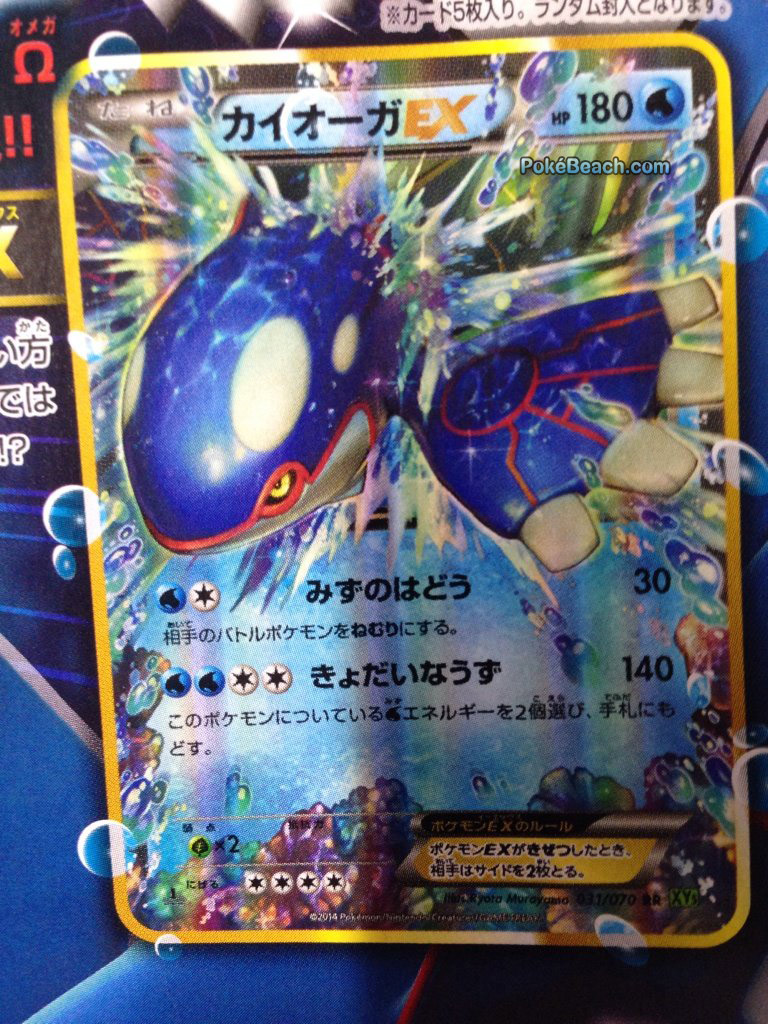 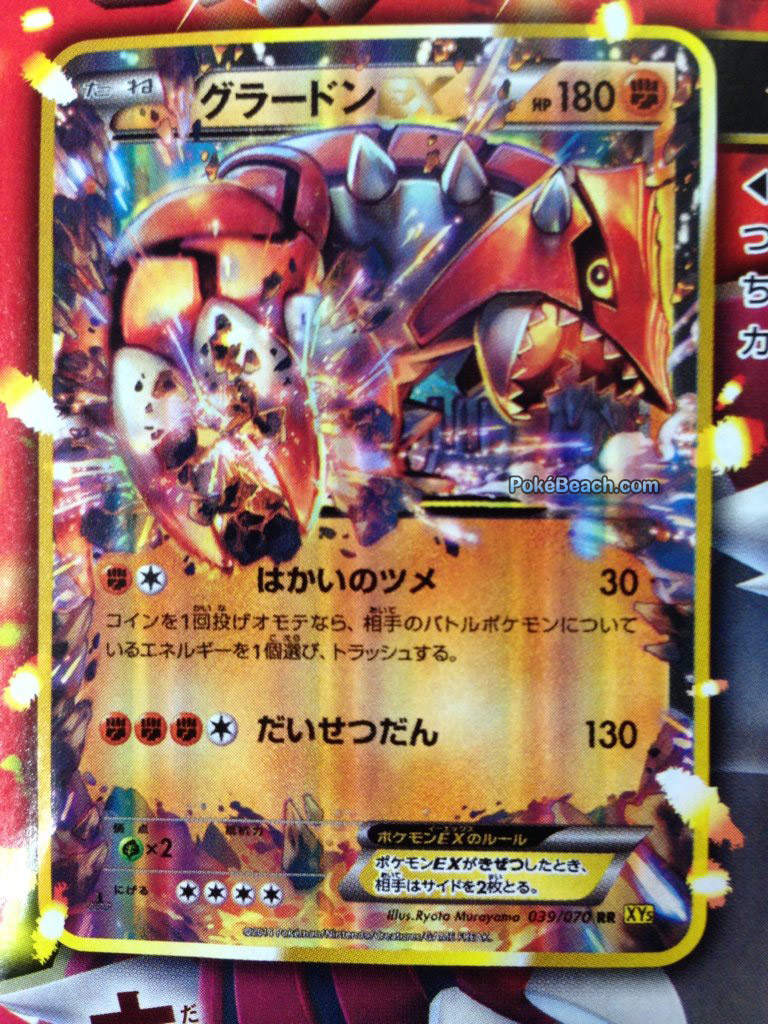 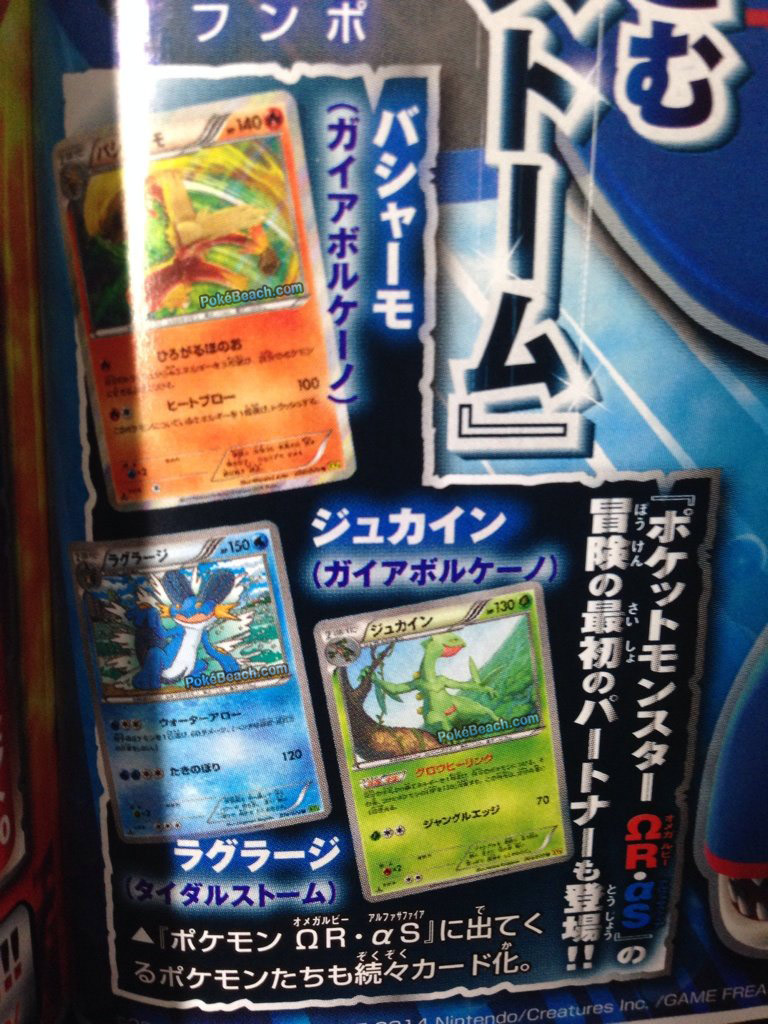 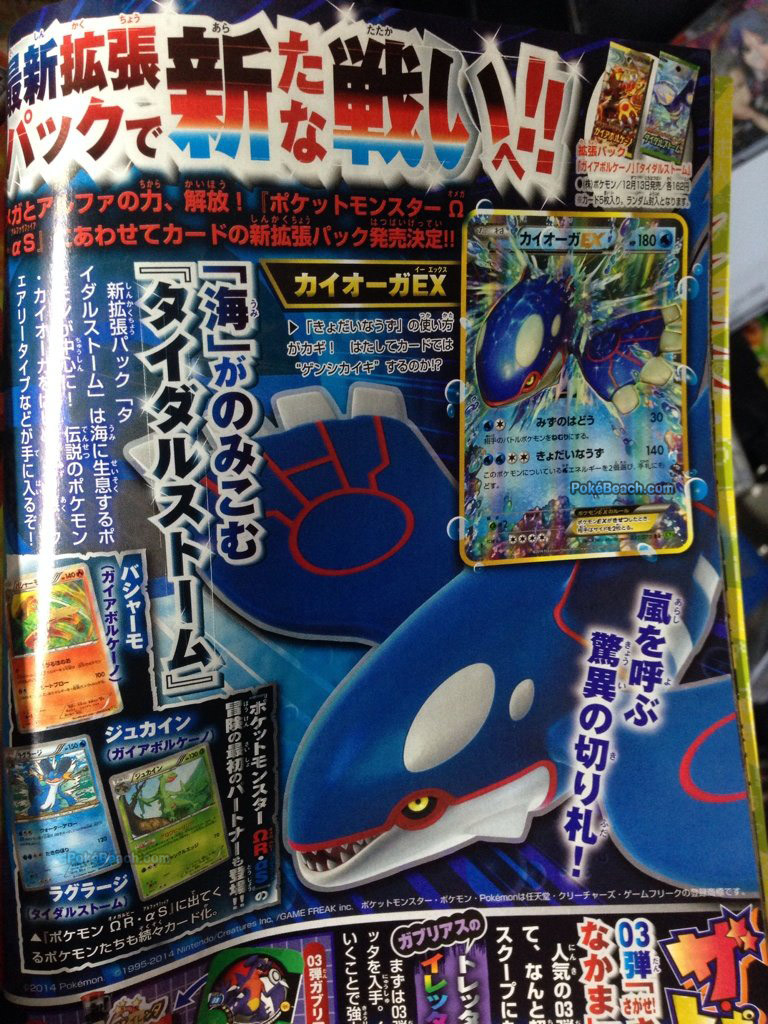 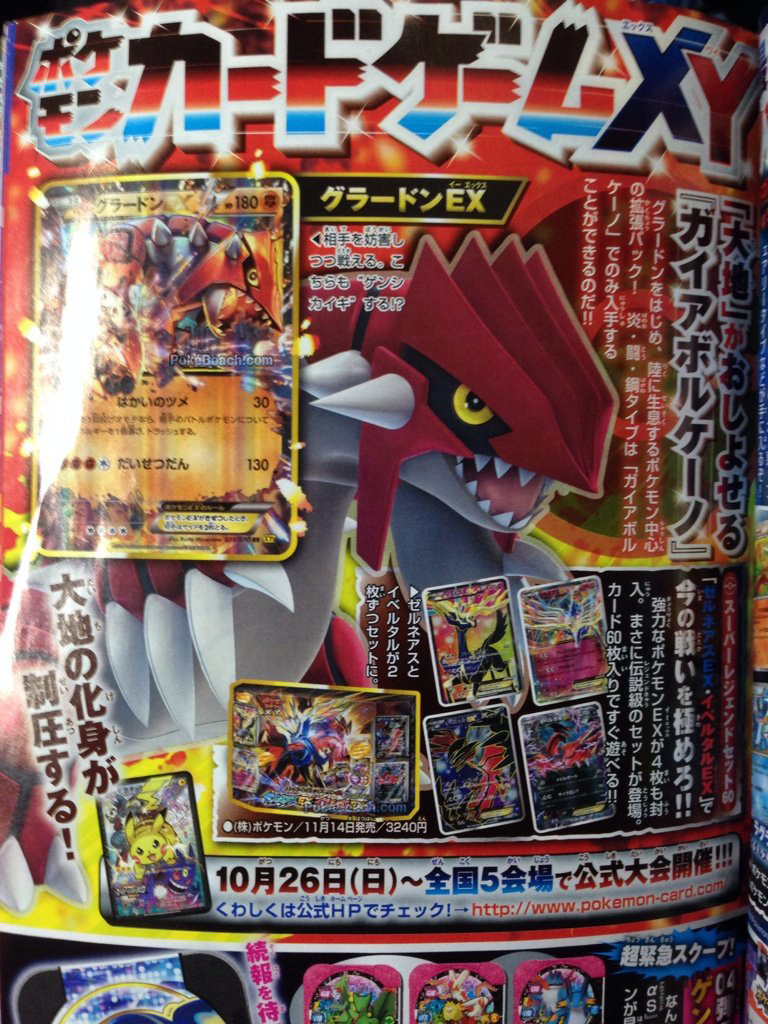 Ability: Grow Healing
Once during your turn (before your attack), when you attach a [G] Energy from your hand to 1 of your Pokemon, heal 30 damage from that Pokemon.

[R] Flame Spread: Attach 2 [R] Energy cards from your discard pile to your Pokemon in any way you like.
[R][C] Heat Blow: 100 damage. Discard an Energy attached to this Pokemon.