Japan’s XY3 set will be named Rising Fist and will be released on June 14th. The set will have at least 96 cards. No other information is known about the set at this time aside from the probability it will feature Lucario-EX and M Lucario-EX, as hinted by its booster pack. There’s also a strong possibility it will focus on Fighting-type Pokemon like Fire-types in Wild Blaze – will every future XY set focus on a Mega Evolution and its primary type?

On the same day, a “Mega Lucario Box” will also be released. It will come packaged with 15 cards: a holo Hawlucha-EX, two of a new Special Energy called “Strong Energy” (pictured below), 10 Fighting Energy, 1x Shauna, and 1x Tierno. It will also come with eight Rising Fist booster packs, a player’s guide, and a storage box featuring Hawlucha, Machamp, Landorus, and Mega Lucario on it (which means they will probably be in the set too). The package will retail for 1,480 yen. Thanks goes to Puddizzle and Viper.Fox for the translations!

A 32-pack of Mega Lucario sleeves will also be released on June 14th for 362 yen. No picture of the actual sleeves is available at this time.

To discuss this upcoming set, check out this thread on our forums. 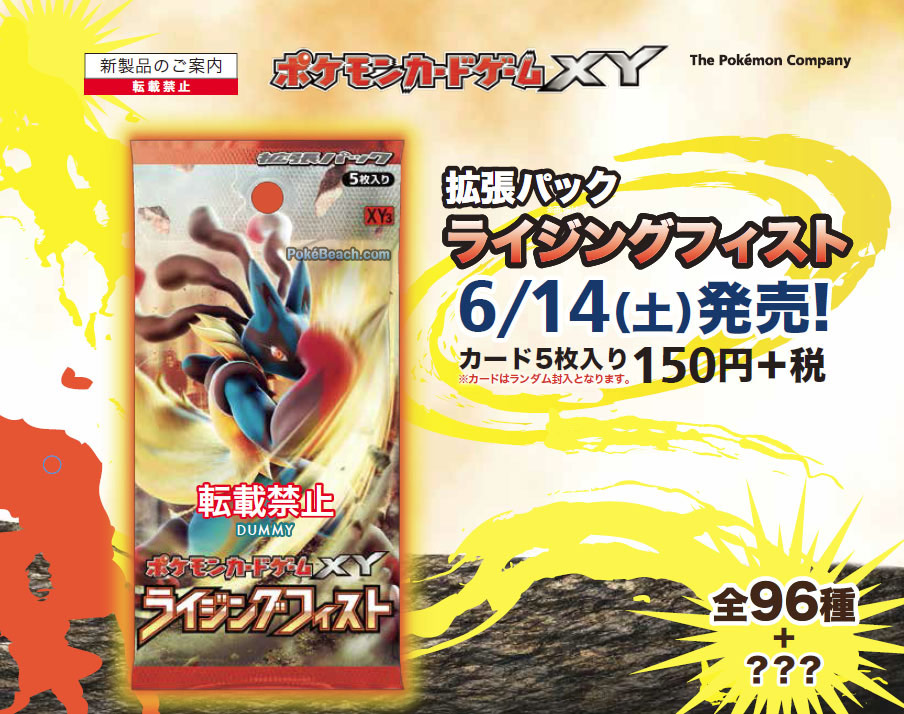 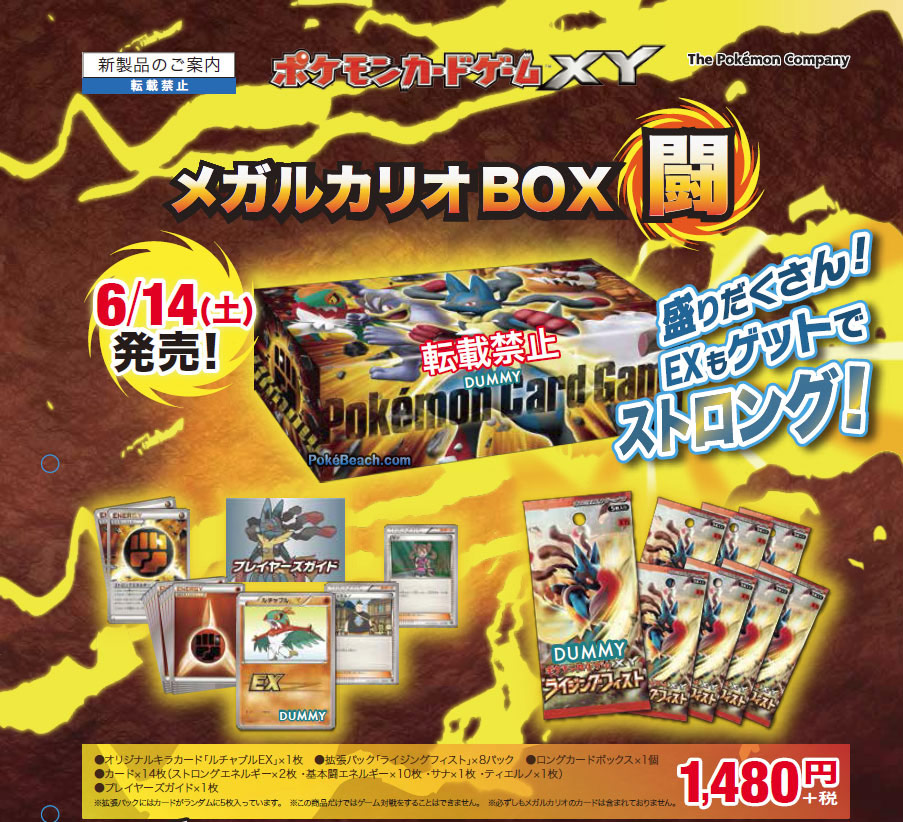