Six more cards from the Black and White Boys and Girls Starter Kits have been revealed: Jarooda, Enbuoh, Daikenki, Dokkolar, Minezumi, and a low-resolution image of Marakachi. Translations are below courtesy of Bangiras and Viper.Fox. As a reminder, the two kits will be released in Japan on October 29th and then on November 20th as a deluxe version with an additional trunk case, deck box, deck sleeves, and notepad. Each kit comes with a serial number to download a Turtwig, Chimchar, or Piplup from the Dream World which can only be used between October 29th and November 30th. 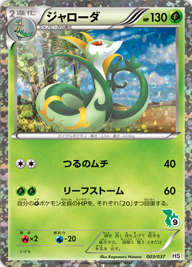 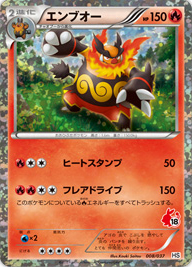 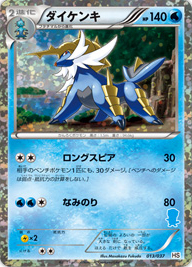 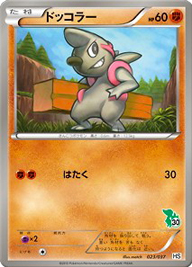 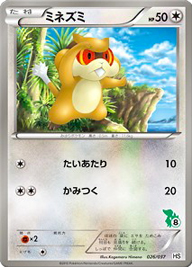 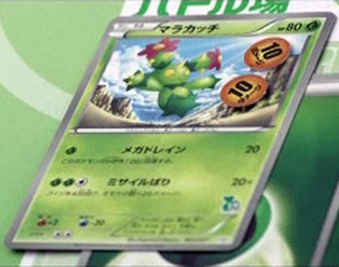