Update #2 (11:45 PM) – Another photo apparently reveals a Pokemon named Wakoishi (ワコイシ). This Pokemon has not been mentioned anywhere, so there is a possible chance it could be fake. | Update (9:00 AM) – A new photo, below, shows Isshu in the snow. The top of the cliff in the photo cannot be reached in other seasons of the in-game “year,” which means the seasonal differences will affect what parts of the map you can visit. We also have more rumored information about “Tabunne”: it is a Normal-type, looks like a strong fighter, and at level 10 knows Growl, Helping Hand, and Double Slap.

A new fish Pokemon, Basurao (バスラオ), has been revealed on 2ch from the Black and White tour bus demos – its name was mentioned in our first demo post, but now we can (sort of) see what it looks like! It is a Water-type, knows Aqua Jet, Headbutt, and Uproar, and is Cheren’s second Pokemon in the demo. In the photo below, it is battling the player’s Mijumaru. The only other rumored Pokemon mentioned by people who went to the tours is Tabunne (タブンネ), a pink and round Pokemon, so that may be the only one left (assuming it is real). Stay tuned! 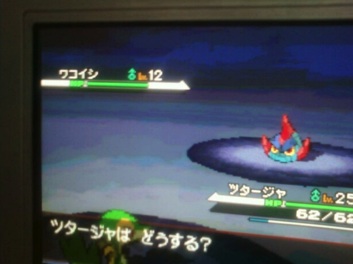 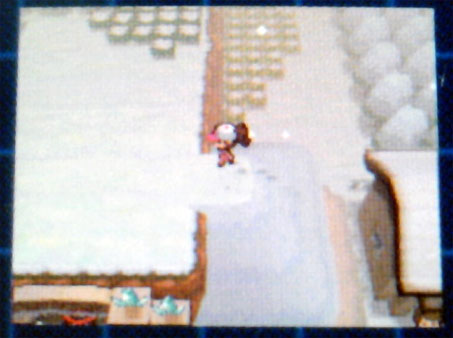 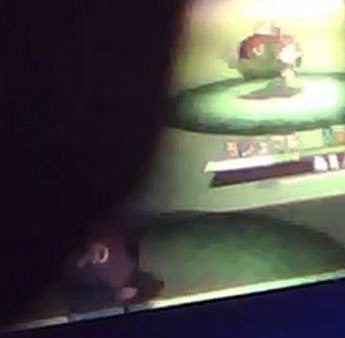