Update #4 (Monday, 2:30 AM): The leak may be beginning again, as a new photo of a page with Swana and Gigaiasu has emerged, below. Be sure to check the previous update for a potential new Pokemon from the tour bus demos as well. | Update #3: Details on abilities and some attacks. | Update #2: Kurumiru’s attack. | Update: Miruhoggu’s description.

Photos of the August issue of CoroCoro magazine are now leaking on 2ch. They are photos of the “Master Document” that CoroCoro promised last month; however, the document does not contain any new Pokemon for Internet fans as all of them were revealed through trailers, leaks, television, etc. Translations are courtesy of Sabonea Masukippa. If there are any new photos, they’ll be posted immediately, so check back once in a while! 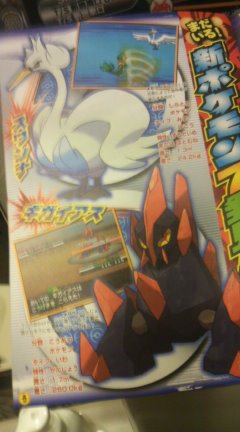 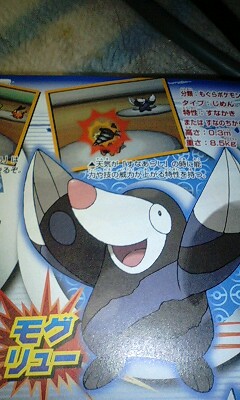 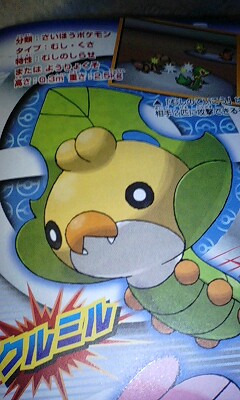 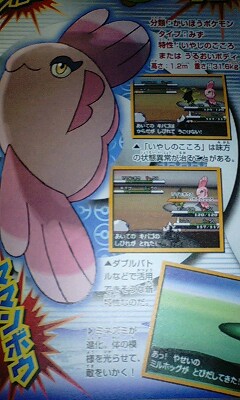 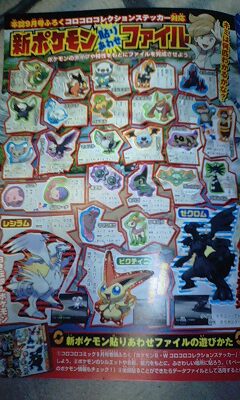 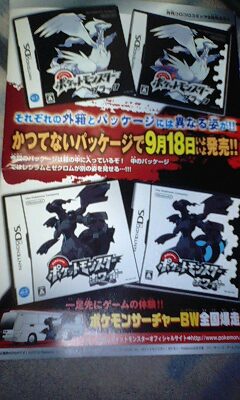