Please read the previous update if you have not been here today. Tomorrow, we will have the you-know-whats-up. 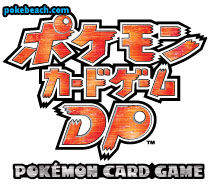 DP Pokemon, Attack, and Abilities Descriptions – Bangiras has translated several PokeDex descriptions for many of the Diamond and Pearl Pokemon, as well as information on attacks and abilities. You can read all of them below. Thanks Bangiras for all your hard work!

Naetle: Naetle, who is classified as the Young Leaf Pokemon, has a leaf like object on its head. The carapace on its back appears to grow harder when it drinks water. Also, its Overgrowth ability raises the power of its Grass type attacks in a pinch. Its name means “sapling turtle.”

Hikozaru: The mountain dwelling Hikozaru can easily scale any cliff or precipice without breaking a sweat. It has the Blaze ability, which raises the power of its Fire type attacks in a pinch. Incidentally, its tail flame seems to go out while it’s asleep. Its name means “little fire monkey.”

Pocchama: Pocchama’s body is covered with a fine down that protects it from the cold. It has a cute appearance, but is surprisingly prideful, and doesn’ t like to be receive food from its trainer. It has the Torrent ability, which raises the power of its Water type attacks in a pinch. Its name means “plump fisher.”

Mukkuru: Mukkuru is a small bird that flaps its wings with incredible power. It travels in large flocks, making it are easy to spot in grassy areas. It has the ability Keen Eye, which makes it impossible to lower its attack’s accuracy. Its name stems from “starling.”

Beappa: It has a brash and adamant nature. It is called the Round Mouse Pokemon because its round cheeks and tail give it cute appeal. It has a gentle expression, but contrary to its appearance it is quick to move.

Corobohshi: Its two large feelers also work like a musical instrument. It swings its head around, and when the feelers collide, they make a sound like a xylophone. It possesses the Shed Skin ability, which gives it a 1 in 3 chance of healing a Special Condition during its turn. It’s name means “cowled cricket”.

Korinku: Upon sensing danger, it shoots out a dazzling light from every hair on its body. While the opponent is blinded, it takes the opportunity to quickly escape. The yellow pattern on its ears and tail is reminiscent of flashes of light.

Subomii: In the cold of winter the bud closes tightly, and when spring comes it opens and disperses pollen. It is a Poison type, so those who are enchanted by its appearance are punished painfully. It evolves into Roselia, who is also a Grass/Poison type. Its name means “bud.”

Minomucchi: The green portion of its body is a straw raincoat. To protect itself from frigid winds, it attaches various things around the circumference of its body to make the coat. Its name means “bagworm.”

Masukippa: It is called the Fly Trap Pokemon because it is skilled at seizing prey. After luring something near with the delicious smelling liquid that it secretes, it chomps down on the prey with its massive jaw. Then, it slowly eats the prey over the course of 1 day.

Pinpuku: The cute looking Pinpuku loves round, white things. It mimics Chansey by carrying an egg-like item in its arms. In actuality, the item is not an egg, but a stone that looks like an egg. Its name means “pink child.”

Zugaidos: A Pokemon that lived in dense forests roughly 100,000,000 years ago, its outstanding characteristic is its iron-hard skull. It only appears in the Diamond version. Its name stems from the word “skull.”

Tatetops: Like Zugaidos, it lived in dense forests roughly 100,000,000 years ago. It is characterized by the extremely tough hide on its face. It is only accessible in the Pearl version. Its name means “shield face.”