Still limited internet. I can’t even get on for five minutes now. 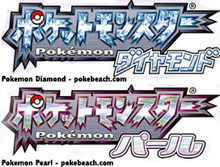 – The new region “Shinou” is based on the Japanese island, Hokkaido. (WPM Note: Which means the new region will look something like this, possibly rotated.)
– The new professor is named “Nanakamado.”
– 90% of the Pokemon can evolve. (WPM Note: Thanks to Boofu for translating this particular line. The translator did not want to translate it right. I suppose it means 90% of the Pokemon are involved in an evolution line.)
– There is again a time-function in the game.
– One of Manaphy’s attacks is Heart Swap (WPM note: In the Manga, Manaphy uses this ability to switch Pokemon and people’s bodies. For example, it switches Ash and Ranger Jackie’s body, Jesse and Meowth’s body, etc. Not sure how this will work in attack form, though.)
– The new PokeNav-type machine is located on the trainer’s arm and is called Poketchi (it’s like a watch).
– The next issue of CoroCoro will not have any new Pokemon in it.
Added info from original post::
– Male and Female Pokemon now have different sprites and variations.
– There is now night time, night, evening, noon, and morning.
– The PokeDex now has weight comparison where you can compare your weight to Pokemon.
– Buoysel is #56 in the PokeDex.

EX Crystal Guardians Logo – It’s right below and it looks like one of the best logos yet! Thanks to hummers2187 for notifying us of the logo’s existence!