Member
Anybody have a translation for shiny mew's attacks?

Pizzadone said:
Anybody have a translation for shiny mew's attacks?
Click to expand...

if you mean shining Mew then:


[L] Flash Search
Look at the top 3 cards from your deck. Choose 1 card from those cards, show it to your opponent, then put it into your hand. Shuffle the rest into your deck.

Member
Are these going to be in the 3rd sun and moon set in English or 4th?

Member
They know my weakness for shiny cards. damn it, I must flee.

Member
I think there has been too many Mewtwo printed recently. I would like something new but maybe this gx may surprise me.
Z

Member
Holy crap. I have that CoroCoro promo Mew! I never knew where it was from but I've had it for years after getting it in a huge lot of cards from a garage sale. Neat!

Oh no! Rotation in sight

Member
I pray for some really nice looking birds as gx cards!
Just they don't keep on reprinting mewtwo.
It just feels so forced on us players....

Sparkeagle said:
Uri Geller is the only reason why Kadabra has never been printed again
Click to expand...

For your benefit of not being aware already the Abra line has been my favourite Pokémon line since 1999 when Ash's Pikachu tasted its own medicine by Sabrina debuted and I am more then aware of this depressing matter.

In fact its also partially TCPI and/ or Nintendo to blame for Kadabra's absence for not having the gall to release him back after such an obsolete, redundant claim from a media thriving famed trickster (the only thing he can legitimately pull tricks with aside with fraud) as they rightfully are completely entitled to release.

Because of the lawsuits outcome I believe Gellers loss would dismiss him of any entitlement, let alone the morale of any politeness that Pokémon have circumstanced which reflects worse upon Geller even more when you compare his initial intellectual reactions of Kadabra towards those from Jackie Chan, Bruce Lee's relatives and their Japanese counterparts over the characters in connection to there influence respectfully.

Why would any self-respecting company need to still listen to a ghost authority who declared to potentially destroy your business with $100,000,000 in debt for the depiction of a fictional character? The character in question with its only relevance towards him is it's Japanese name whilst being shown with the culprit card that clearly says Bad Houdini deserves no respect. Another minor part of the comparison with Kadabra and Geller is the symbols patterned on Kadabra with Geller referencing them to Judaism and Nazism when they are actually based on Zener cards, something that also likely was intended to be misunderstood in the media which doesn't make sense when you think about it, a psychic practitioner not familiar with Zener cards?

Of course it should come to note in the link about how little research he did about Pokémon's then history as most any sane person would agree that a fictional anthropomorphic depiction of a character that he believed would interpret him as an evil character that is loved by generations of fans is nowhere near as evil as actually suing that same company for $100,000,000? I don't think anybody needs to fathom that number into any perspective about how that would affect peoples lives its too surreal for anyone to grasp.

I want to destroy him like what James Randi did to his deluded ego and self indulged media crafted fake image in 1973, or at least try to reunite Abra and Kadabra to return to the TCG since it ****ing saddens me seeing sets go by like 20th Anniversary/ Evolutions (fingers and spoons crossed for this new era to break the chain) or the Pokémon Center Halloween campaigns every year without seeing Gengar's counterpart. I'm currently making ideas for a series of some type of protest art some kind emphasising Kadabra, similar in vein to the recent gigantic Pikachu card installation art and the type of stuff Ai Weiwei does, so if anyone has any spare cards of the Abra line that they wouldn't mind donating me for this cause please PM me.

Apologies for making any tangent to some, its my love and passion for such. I hope that the Pokémon community can stand up to his mediocre attention awareness syndrome to reclaim the authority over the depiction they always were allowed to have. Even Geller seems to admit acceptance following his social media circles for which I have mixed feelings over here, here, and here but the comments mostly at the bottom talking about Kadabra and him are what make this worthwhile since they are telling the truth.


ProcInc said:
Although the lawsuit against Geller was won, TPC decided against making any more Kadabra cards as both an act of good faith and to avoid negative publicity.
Click to expand...

Can you show me any evidence please of this claim please? This action would realistically only bring more negative publicity and bad faith to them.
Last edited: Mar 31, 2017

Member
Guys, the whole Uri Geller and Kadabra situation is a discussion for another thread! Please stay on topic!
T

Member
I wonder if they are also going to include the old shinys from back in day with charizard, tyranitar, raichu, ect. Personally I still have that complete set and would hate to see the value of them to go down. But it would be interesting to see how they would update the cards like the did in evolutions to make them competitive in todays scene.


It's not like we've gotten any competitive Mewtwo cards recently... oh wait 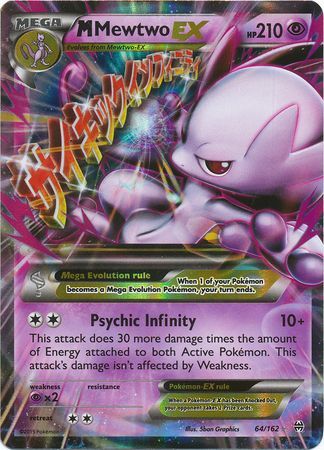 AshCo said:
I really hope Mewtwo GX, if there will be one, has an attack called "GX Ball" or "X Ball GX" or something stupid like that.


I mean, to be honest, it'd be kind of funny to see them just make X Ball Mewtwo on steroids even though Mewtwo is as overdone as he is.
Click to expand...

X Ball GX
This attack does 500x the amount of energy in play. (You can't use more than one GX attack per game.)

Member
So will this be like the Legendary and Mythical Dream Shine Collection or the Shiny/PokeKyun/Radient Collections? That is what I am interested in (well that and the possibility for a Diancie GX)

Also, What Legendary/Mythical pokemon actually lacked recent meta cards? Were there cases where a certain pokemon in that category didn't make as much of a splash on the meta as Mewtwo, Darkrai or Rayquayza?

MorningSTAR1337 said:
So will this be like the Legendary and Mythical Dream Shine Collection or the Shiny/PokeKyun/Radient Collections? That is what I am interested in (well that and the possibility for a Diancie GX)

Also, What Legendary/Mythical pokemon actually lacked recent meta cards? Were there cases where a certain pokemon in that category didn't make as much of a splash on the meta as Mewtwo, Darkrai or Rayquayza?
Click to expand...

Member
Now to see if we'll even get them in English. I'm sure hoping we do, but Ash's Pikachu will probably be unlikely. Still, always hoping for them.

Member
Shining Mew is not half bad. Especially since it allows any energy to be attached. That's potentially 2 DDE or 2DCE, not to mention other Special Energies.

Member
Ash's Pikachu is pretty much outclassed by Alolan Vulpix, which searches out two Pokemon for free.

Mew is interesting; it helps with energy acceleration in Psychic decks, but it's way too easily KOed.
F