Hello PokeBeach readers! Isaiah here and I am happy to be bringing you another article! Over the course of the last couple articles, I took a look at two of my favorite Expanded format decks, being Electrode-GX Hand Lock and Mew VMAX / Genesect V / Meloetta, as well as the Expanded format as a whole. Since the release of those articles there has, unfortunately, been no additional Expanded events in my home state of Iowa. However, the online scene for Expanded is continuing to grow, and with that there has been more deck diversity like I hoped for! This new diversity is also in part thanks to Stéphane Ivanoff, who has produced an incredible amount of high quality Expanded decks and frequently posts deck lists on his Twitter page.

In contrast to the Expanded format, which contains some of the oldest cards that are currently legal for tournament play, a couple of new promo cards just released on January 28th, being Leafeon VSTAR and Glaceon VSTAR, alongside their respective Pokemon V.

What’s a Pokemon VSTAR you may ask? Well, let’s take a look at the newest mechanic in the Pokemon TCG! 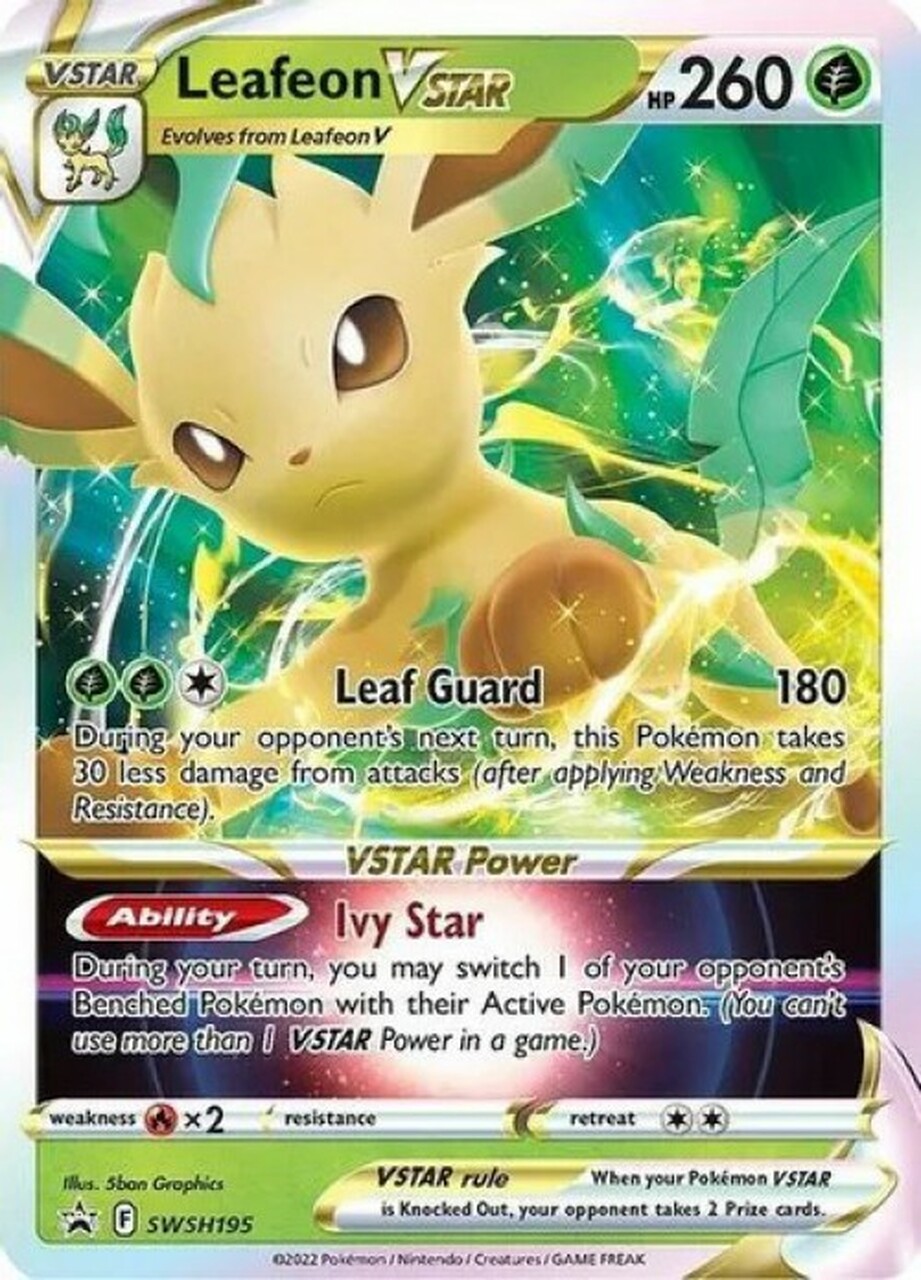 Pokemon VSTAR as a mechanic is quite simple. Similarly to Pokemon VMAX, they are functionally Stage-1 Pokemon, but unlike Pokemon VMAX, they are only worth two Prize cards. However, that’s not all that we see from Pokemon VSTAR, as they also introduce a new mechanic called “VSTAR Power”, which are extremely powerful Abilities or attacks that can only be used once per game, similar to GX attacks from the Sun & Moon era. The aspect of VSTAR Powers has certainly been what has gotten the most attention of the Pokemon VSTAR, as GX Attacks were one of the most beloved mechanics in the game’s history. Additionally, the concept of a once-per-game Ability opens up a lot of doors for unique Abilities that would not be otherwise feasible. In particular, many players have expressed their interest in seeing Hippowdon LV.X‘s Poke-Power reappear, as it was originally once-per-game anyway.

With the upcoming Brilliant Stars expansion, Pokemon VSTAR will finally be entering the game in full force, but until then, we only have two Pokemon VSTAR to work with: Glaceon VSTAR and Leafeon VSTAR. The former is simply not a great card, with extremely underwhelming damage output, a mediocre typing, and a weak VSTAR Power. However, on the contrary, Leafeon VSTAR is very strong! It suffers from the same issue as Glaceon VSTAR in the damage output department, but unlike Glaceon VSTAR, its VSTAR Power is incredible! The exact text on Ivy Star is “During your turn, you may switch 1 of your opponent’s Benched Pokémon with their Active Pokemon.” As you may realize, this text is nearly identical to that of Boss's Orders, which is commonly regarded as one of the best, if not the best, Supporter cards in the Standard format. However, unlike Boss’s Orders, Ivy Star is not a Supporter card, so now many “dream plays” such as Marnie plus Boss’s Orders or Raihan plus Boss’s Orders are now possible. To put it most simply, Ivy Star opens up a whole new dimension of possibilities for any deck that can realistically incorporate Leafeon VSTAR, but the decks that will be able to do this best are the decks that already play Leafeon V and/or Leafeon VMAX. With that in mind, how about we take a look at two new decks that are able to get massive mileage out of Leafeon VSTAR!

With the fresh release of Leafeon VSTAR, many players have been trying everything to see what works for this new card. TrickyGym’s Andrew Mahone immediately brought forward one of the more interesting options for Leafeon VSTAR, pairing it with Rillaboom for Energy acceleration and Beedrill for its Persist Sting attack. When I first saw Mahone’s list, I thought it would be super inconsistent, but after giving it a try, I was surprised. My friend Tate Whitesell shared some changes to the deck on his Twitter, which is how I first discovered the archetype. After looking at both lists, I made some slight modifications to end up on the following list.