Hello PokeBeach readers! As always, I am happy to be bringing you all another article! Last time, I discussed the newly released Pokemon VSTAR and what they mean for the game, Leafeon VSTAR, and two decks that make use of Leafeon VSTAR! As Leafeon VSTAR has had a few days to get settled into the online tournament environment, it has certainly been living up to its potential, with one of its more notable performances being a 5th place finish in a 65 person tournament on February 13th. Going forward, I expect to see much more from Leafeon VSTAR, especially as we approach the release of Brilliant Stars.

Brilliant Stars is introducing some hugely important new cards to the game as well as re-releasing some old ones. Many cards in this set, realistically, may not end up being super significant, but others will likely end up completely changing how the game is played for their entire legality period. As such, I decided it would be best to look into each of these cards on an individual basis and how each will be changing the game.

Without further ado, how about we start by taking a look at Manaphy. 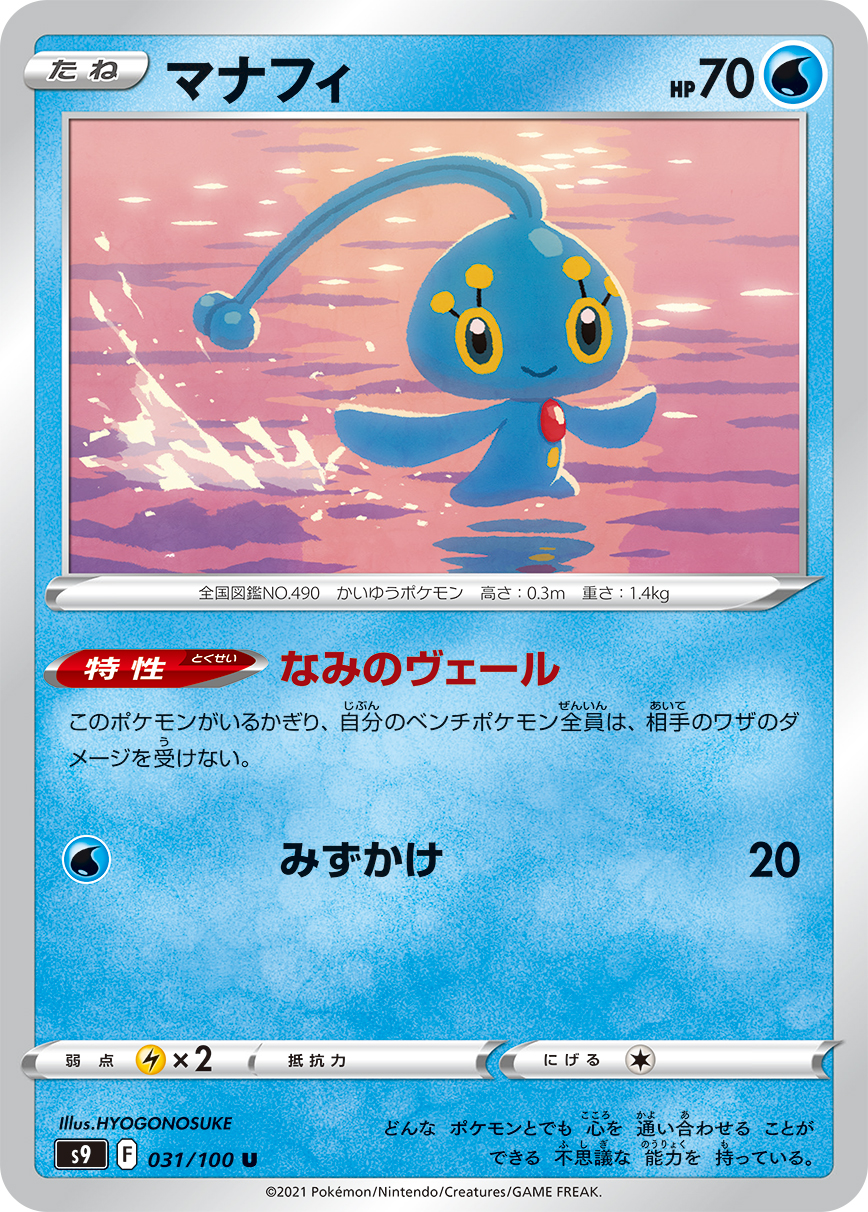 Unlike the other cards that I will be covering in this article, Manaphy is a passive counter card rather than being a card that actively benefits how you play the game. Since the rotation to the Sword & Shield-on format, there has not been any card that people have wished for more than a reprint of the Bench Barrier Ability seen on cards like Mr. Mime and more recently Mew. Well, at long last, people’s wishes have finally come true and we are getting a Bench Barrier in Brilliant Stars, in the form of Manaphy. I would be outright lying to every single person reading this article if I claimed that the release of Manaphy is anything but massively significant.

Since its release, Rapid Strike Urshifu VMAX has been consistently a top-tier threat, even in the face of potent counters like Mew VMAX and Shadow Rider Calyrex VMAX. This is largely due to the mere existence of G-Max Rapid Flow, an attack that I wholeheartedly consider to be one of the most powerful attacks in the game’s history. Even though 120 damage to two Pokemon is not a ton when you are often looking at Pokemon with 310 or more HP, thanks to a variety of damage increasing cards, such as Telescopic Sight, Passimian, and Inteleon, this moderate 120 damage all of a sudden becomes more like 150 to even 220 damage, depending on the build and your board state.

With the release of Evolving Skies, another card came to rival the sniping power of Rapid Strike Urshifu VMAX in the form of Jolteon VMAX, which boasts the ability to hit two Pokemon for 100 damage, each for a low Energy cost and minimal resource investment. Jolteon VMAX is a deck that prides itself on its effectiveness in accomplishing its simple and powerful strategy against any non-Fighting deck. In addition to their powerful spread damage capabilities, Rapid Strike Urshifu VMAX and Jolteon VMAX have one more thing in common, being that both struggle to handle Manaphy.

To many players, stopping Rapid Strike Urshifu VMAX and Jolteon VMAX from crippling the Bench is nothing short of a miracle for a variety of reasons. To me, it is most valuable to protect the powerful Inteleon line, especially your Sobble and Drizzile lines so that you are able to use them without losing the game. To many others, the gift of Manaphy is the opening that many Single Prize Pokemon-based decks needed to become more than just niche decks that could occasionally do well in select metagames. Decks like Malamar are some of the greatest beneficiaries of Manaphy, as they already have damage output on their side, but they are extremely weak to spread attackers, often making them hard to play in most metagames. With Manaphy, their greatest weakness is essentially null, creating a massive opening for these decks to show their true power. I certainly expect Manaphy to make a big difference in the upcoming format.

The next important card in Brilliant Stars is Lumineon V, which, for those of you that remember it, is very similar to Tapu Lele-GX. In general, the ability to just go find any Supporter you want whenever you want is absolutely incredible. It allows many niche Supporters like Cheryl, Pokémon Center Lady, and more to become far more usable just by being able to go find them at the ideal time. In addition, some cards that were previously on the border of unplayable, such as Team Yell Grunt can be found whenever you want them, making them usable. Of course, it is also highly important to mention the classic option of Lumineon V for a game-winning Boss's Orders, just like the Wonder Tag for Guzma or Stellar Guidance (Jirachi-EX) for Lysandre of the past.