Hello everyone! After a long break from Pokemon thanks to COVID-19 and the wild world of online education, I’ve finally been able to jump back into giving you amazing content. Today, we’re going to cover two of the Standard format’s most potent decks and the two decks I would pick for the Players Cup II: Lucario and Melmetal-GX / Zacian V, and Green's Exploration / Reshiram and Charizard-GX. Both of these decks, while not taking center stage in tournament success, are in a perfect position to take down a huge part of the meta.

Green’s Exploration decks have fallen in popularity since the beginning of the Darkness Ablaze format since the heavy hitters like Eternatus VMAX and Arceus and Dialga and Palkia-GX / Zacian V decks have been outpacing them so far, and that’s not even counting the new Supporter rule or cards like Marnie and Reset Stamp. While the odds may be stacked against a Green’s Exploration deck, the card is still extremely powerful. The ability to fetch two of any variety of Trainer cards is huge when paired with a powerful Fire attacker, specifically Reshiram and Charizard-GX. 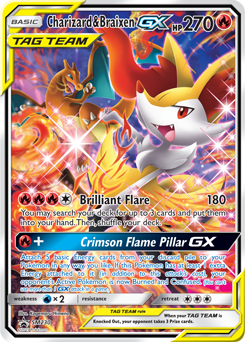 But why Reshiram and Charizard-GX? Why not Centiskorch VMAX or Charizard and Braixen-GX? Both of the latter choices are tough sells for me. Centiskorch VMAX pretty much has to evolve to its VMAX and it has only G-Max Centiferno to choose from there. The deck runs into issues with being able to threaten only one attacker at a time (for the most part), allowing your opponent to anticipate what is coming and gust out your Centiskorch VMAX before it gets a chance to attack. Charizard and Braixen-GX only functionally has Brilliant Flare (let’s not talk about the GX attack — Altered Creation GX compared to Crimson Flame Pillar GX is like the original Star Wars trilogy vs the Disney era trilogy, dogs versus cats, Coca-Cola versus Pepsi, you get my point…), dealing 180 damage as an attack in a format with HP in the 300s, which is simply not enough. Furthermore, Charizard and Braixen-GX also needs 4 Energy to power up Brilliant Flare, which is a terrible Energy to damage ratio. There are simply more effective attacks out there for the Energy.

With Heat Fire Energy and Big Charm boosting HP, it can take two or even three attacks to Knock Out Reshiram and Charizard-GX, posing a huge problem for the opponent. Do you attack and risk a high powered Outrage? Or do you use Boss's Orders to avoid that threat? This is the golden dilemma for Greens Exploration / Reshiram and Charizard-GX that the other Fire attackers don’t have: the ability to threaten tons of damage no matter whether the opponent attacks you or not.

Here’s my reasoning behind the cards in the list:

While I did praise Reshiram and Charizard-GX and Green's Exploration for being so powerful, the glue of this deck is in Volcanion. Flare Starter is the juice for the smoothie, while High-Heat Blast is great against Altaria and Decidueye and softens up Pokemon VMAX. We always choose to go second with this deck to fully utilize Green’s Exploration and to get a maximum Flare Starter off, so we run four copies of Volcanion, Quick Ball, and Switch.

Three Tag Call, One Guzma and Hala, One Cynthia and Caitlin, One Mallow and Lana

The Tag Call engine works wonderfully in here, allowing for a plethora of great Supporter outs as well as searching for Reshiram and Charizard-GX. Guzma and Hala is used to fetch our “buffing tools” Heat Fire Energy and Big Charm. Cynthia and Caitlin is great to help defend against any Marnie or Reset Stamp, similar to Lusamine in previous Green’s Exploration / Reshiram and Charizard-GX lists. One issue I’ve run into is Eternatus VMAX using Hoopa to gust and poke your Reshiram and Charizard-GX for a bit of damage, so I’ve included Mallow and Lana to reset that. 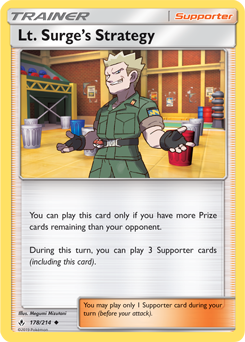 While we aren’t running Magneton, Lt. Surge's Strategy is tremendously valuable for turns two and three, when our initial Volcanion is Knocked Out. It can help smoothen out our game plan if we were unable to play a Supporter on a previous turn. I often grab it with Cynthia and Caitlin to reuse it too if I am not too afraid of Marnie.

Being able to withstand a fully powered Dread End from an Eternatus VMAX or a Brave Blade after an Altered Creation GX (with some Galarian Zigzagoon pings) are why this deck shines. It is not unreasonable to have a Reshiram and Charizard-GX with 320-340 HP, making it a basic VMAX in most cases – with Outrage!

One Tool Scrapper, one Reset Stamp, One Scoop Up Net

We run some disruption cards here since, in the late game, it can be beneficial to reduce your opponent’s options in case you don’t hit every cylinder. Tool Scrapper is amazing against Cape of Toughness and opposing Big Charm. It is the most cuttable card though, so if you don’t run into those, you can replace it. Reset Stamp does its job and can be searched with Green’s Exploration, so not much explanation there. Scoop Up Net may look odd, but it is great to remove an odd Volcanion from play so you can force your opponent to take eight Prize cards. It is extremely necessary for the Arceus and Dialga and Palkia-GX / Zacian V matchup so you can prevent an Ultimate Ray onto it for two Prize cards after Altered Creation GX and four Prizes from a Reshiram and Charizard-GX.

Having to find constant Fire Energy is the bane of Welder; either not being able to play Welder without Fire Energy or only attaching one Fire Energy is not how you are successful with Green’s Exploration / Reshiram and Charizard-GX. I included two Giant Hearth to combat the resurgence of Chaotic Swell, and also included a Training Court since we can run out of Fire Energy in our deck in the later stages of the game. One Fire Crystal hasn’t bitten me yet, but I could see the merit of a second copy. I like to think Training Court fills that role though. I haven’t been impressed with Energy Spinner but there are times when it’s absolutely necessary (when a Chaotic Swell is in play or you need to set up for Welder on the following turn/turn two).

After playing the above list, I wasn’t 100% confident in my matchup with Eternatus VMAX. Then my friend Drew Cate suggested adding a Fighting package with Marshadow and Machamp-GX to ensure that matchup while also helping versus Pikachu and Zekrom-GX. While the Fighting package does hurt your consistency to achieve a turn one Flare Starter and to find your buffing pieces, it does wonders against Eternatus VMAX and Pikachu and Zekrom-GX. Being able to threaten Hundred-Blows Impact and even Acme of Heroism GX forces Eternatus VMAX and Pikachu and Zekrom-GX to play around Marshadow and Machamp-GX, letting you execute your strategy of steamrolling with Volcanion and Reshiram and Charizard-GX.