The Pokemon Company International has announced a follow-up to its Pokemon Players Cup, an online tournament which held its finals on the 29th and 30th of August this year and saw Jack Millar of Australia take the title of champion with Zacian V and Lucario & Melmetal-GX.

The “Pokemon Players Cup II” qualifying period for the Pokemon Trading Card Game begins September 28th and runs through October 26th, with players from each region competing with one another to qualify for the finals, which will take place in December. Participation in the Pokemon Players Cup II is once again limited to players in the Masters Division and will be held using the official Pokemon Trading Card Game Online game client.

Each region will narrow down its competitors during the qualifiers to those who will compete in the finals. Unlike the previous Pokemon Players Cup, there will be four participants from each region, including Oceania.

As before, Pokemon is holding events for both the Pokemon Trading Card Game and for Pokemon Sword & Shield, however, there is no Pokkén Tournament DX event for this Pokemon Players Cup. 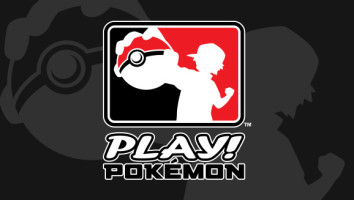 Eligible competitors can earn their places in the Region Qualifiers through qualifying events. To participate in these events, players MUST have a Pokémon Trainer Club account and have a Player ID by September 21 at 10:00 a.m. PDT. Pokémon TCG players also need to have logged in to the Pokémon TCG Online with a Player ID attached to their PTC account between June 21 and September 21 to participate.

Pokémon TCG players will compete in tournaments during a qualifying period in the Pokémon TCG Online. We’ve added new features to the Pokémon Trading Card Game Online to enhance players’ experience: Eligible players will automatically have 50 Tournament Keys delivered to their Pokémon TCG Online account before the start of the qualifier period, which runs from September 28 to October 26. Tournament Keys provide special entry into a Standard format Pokémon Players Cup II qualifier queue, ensuring that each player has the same number of opportunities to qualify.

Both the Pokémon TCG and video game events will be streamed so fans can watch intense battles and cheer on their favorite competitors. Follow along here on www.pokemon.com, on Twitch, or on YouTube. Our team of experts will be providing insightful commentary every step of the way. Get details on Pokémon Players Cup II streaming.

Get additional information about the Pokémon Players Cup II, including rules, eligibility requirements, dates, and more.