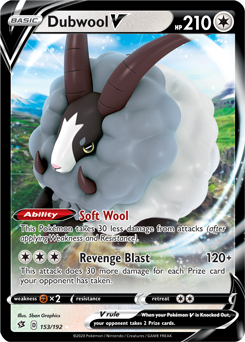 Hello everyone! This is Grant Manley with another article for you. Today I’m actually back to looking at specific decklists, rather from the pieces about general and practical skills I’ve been writing about recently. We’re nearing the new set’s release, and Darkness Ablaze sure has some talking points, but there’s still a little bit of time before it rolls around. Today I will be covering two rogue decks that I’ve been playing around with recently. These decks have been completely overlooked, and they’re more or less on the same level as the meta decks, but unfortunately, they aren’t overly broken. Coincidentally, both of them involve sacrificing Prize cards in order to establish a dominant board state (and abuse Reset Stamp), so I thought that would make a nice theme for this article.

First I’ll talk about Electrode-GX / Dubwool V. This deck isn’t completely unheard of, but it is underplayed at the moment. This deck is crazy aggressive and it can do some truly ridiculous things. It’s rather linear, having but one game plan. As such, its matchups do not vary greatly, and it’s victory or defeat usually depends on how well it executes its strategy. It’s fast, powerful, and a ton of fun. The other deck is actually one that’s been completely forgotten: Garchomp and Giratina-GX / Mismagius / Roxie, also known as RoxieChomp. This deck was one of the top meta decks near the end of Cosmic Eclipse format, so calling it a rogue now might be a bit of a stretch. It’s the complete opposite of the Electrode-GX deck. Using Green's Exploration and Linear Attack to set up the mid- and late-game, RoxieChomp is slow and methodical. It’s also much more complicated and skillful than the hyper-aggressive Electrode deck. Furthermore, its matchups are interesting and nuanced, and each one requires a different strategy. While RoxieChomp does have a significant weakness to Marnie, a threat that wasn’t around during its prime, it still has the tools to go toe-to-toe with any of today’s top decks. Alright, let’s get into it.