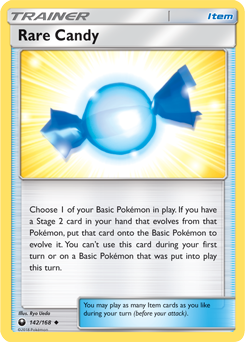 It’s no mystery that I’m a fan of Evolution decks. Builds like Empoleon / Dusknoir and Magnezone / Eelektrik are the two decks I have had the most fun with in the nine years I’ve played Pokémon. Both of these decks emphasized subtle decisions and resource management and, although they were slow in comparison with other decks from the same era, they were extremely strong once they set up. Neither Evolution decks, subtile decisions, or resource management have disappeared from the game; but it feels like Evolution decks are never as strong, let alone stronger, as their Basic Pokemon-centric counterparts. Even powerful Stage 2 attackers such as Blastoise-GX don’t feel as threatening as Tag Team Pokémon, which are just Basic Pokémon, and generally don’t require support except from other Basic Pokemon and Trainers like: Tapu Koko Prism Star, Thunder Mountain Prism Star, Welder etc. I despise this direction for the game, which is why I’m always glad when a card comes out that specifically supports Evolution Pokémon. You won’t be surprised to hear that my favorite card in Unbroken Bonds is Triple Acceleration Energy.

In a set that includes the trio of: Reshiram and Charizard-GX, Gardevoir and Sylveon-GX and Pheromosa and Buzzwole-GX, three huge Basic Pokémon that can almost be played by themselves; and Green's Exploration, a card with many applications, but that it supports these Tag Team Pokemon since they don’t have any Ability, it’s almost a miracle to see a card that helps Evolution Pokémon–and only them. Unfortunately, and despite the cries it received when it was first revealed, it is not a meta-defining card the way Green’s Exploration and Welder are. Still, it does give a serious boost to Zoroark-GX, as well as some other Pokémon whose attacks conveniently require three Colorless Energy. In this article, I want to explore some ways to use Triple Acceleration Energy, starting with the most obvious candidate, Zoroark-GX. I also include lists for Nidoqueen and Gardevoir-GX decks.

A New Style of Zoroark-GX