In most of my articles, I talk about specific archetypes or meta discussions for upcoming Regionals. But today, I want to take a step back and discuss League Cups. I use them for two main purposes: refining a list for an upcoming Regional and to lock in some easy Championship Points. And I tend to put a lot of time in thought into said League Cups, both in time preparing a list and time reflecting on results. Sometimes it feels like overkill, but the results definitely show for themselves. Ever since I started playing Pokemon TCG, I attended 13 local League Cups in total, and managed to earn points at all 13. And I can attribute all of my top Regionals finishes to lists I refined exclusively at two League Cups rather than through friends or competitive testing circles. So whether you just want to earn CP a bit more consistently at cups or want to top a big event, I think it pays to take your League Cups seriously. And this article discusses exactly that with my personal strategies and thought processes. 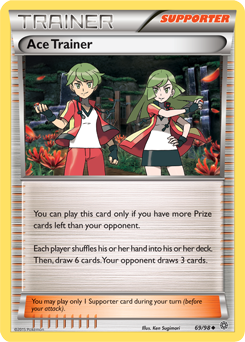 Why exactly do I recommend League Cups for playtesting? Wouldn’t coaching or an elite testing group offer better results? If you asked me a year ago, I’d probably give you a different answer. But after much reflection, I started to appreciate League Cup testing more and more.

In my personal experience, my best results always seem to come when I refine decks on my own, testing almost exclusively at league cups. Both of my Top 8 regionals came from such scenarios, specifically Hartford and Philadelphia. These two regionals happened at the start of their respective seasons for me, and I found myself generally performing worse towards the end of each season. I eventually decided to reflect on why this happened, in hopes of improving my level of play in time for Worlds, and I came to the following conclusions:

For the near future, I intend to redouble my efforts on building simple and strong lists through lots and lots of playtesting, particularly playtesting at League Cups. This kind of methodology definitely takes a lot more time, effort, and thought than borrowing a list from a friend, but given my past track record, it seems I need exactly that to perform well.