PokeBeach’s September 2018 PTCGO Tournament is over and the winners have been crowned!

Ninety-six players competed for the title in this exciting monthly event, with the top-eight players facing off in a top cut. The tournament was our first that used the new Standard format of Sun and Moon through Celestial Storm.

This month’s victory went to JumpluffTCG! Since he is a premium member, he will be shipped 72 booster packs, courtesy of TCGplayer.com!

Hi, I’m Kazuki Kanehira! My home is in Buffalo, NY, where I’ve already spent some weekends playing at a local card shop, but I go to a small college in North Carolina where the local scene is basically nonexistent. One of my main goals in participating in these monthly tournaments is to try to get some best-of-three experience and compensate for a lack of a local scene.

I’ve actually never attended a Play! Pokemon event in the TCG before. I originally started off as a VGC player where I got back-to-back top cuts at Regionals which provided me with a box and a half of Guardians Rising packs, which is where my interest in the TCG began. I’ve sort of been “in the woodworks” so to speak, but I’m excited to play at my first Regional in Roanoke in about a month and a half! 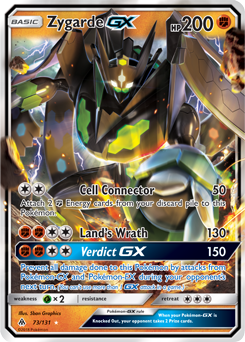 Do you have any thoughts or insights regarding the upcoming Lost Thunder format?

I don’t think it’s a secret that Lost Thunder is going to be format defining. We have so many archetypes coming out like Blacephalon-GX / Naganadel, Lost March, Zeraora-GX, offensive Magcargo, and an improved Alolan Exeggutor; and support cards like the Fairy-type Alolan Ninetales GX and Professor Elm’s Lecture that will add consistency to decks that are already in the format like BuzzRoc, Zoroark-GX, Gardevoir-GX/Decidueye-GX/any other Stage 2 deck.

Of those, I’m most excited to playtest Lost March and the improved BuzzRoc. Word out on the streets is that Lost March isn’t as hot as the hype suggests, but I’ll want to see it for myself. Meanwhile in Japan, BuzzRoc with Alolan Ninetales is proving to be a tier one build that everyone should have on their radar. Being a Buzzwole-GX/Fighting stuffs fan myself, I see myself picking up a pair of the Ninetales both in real life and on PTCGO and playing a lot of BuzzRoc going forward!

Looking over your list, I see that you ran two Zygarde-GX, and a mix of both Buzzwole. Which felt more powerful throughout the tournament? Do you consider your list to be more of a Zygarde list or more of a Buzzwole list?

Playing the deck, there’s a clear bias towards trying to get Zygarde-GX up and running in the early game. After all, Zygarde is the preferred starter against just about anything bar maybe a Grass deck, which were nonexistent in the week 1.5 meta this tournament was set in. For a majority of matchups, the ideal start was getting a DCE on a Zygarde, have Diancie Prism Star in play, and Knock Out a Zorua/Grubbin/Magnemite/Cosmog/Beldum/Poipole/etc. while accelerating two Fighting Energies to it, creating a pseudo Max Elixir effect on turn one/two. While this seems unlikely, with four Acro Bike, four Ultra Ball, nine basic Fighting Energies, the single Energy Loto (which was an unsung hero this tournament), and the combination of three Switch and four Guzma, I was able to pull off this setup in a shocking percentage of games. And pulling this off would often mean running through three to even all six of my Prizes before my Zygarde does down, which by then I would hopefully have a Rockruff/Lycanroc-GX powered up and a baby Buzzwole ready to punish whatever took down the Zygarde.

Zygarde-GX with four Double Colorless Energy was originally my way of replacing Strong Energy that was necessary to KO those low HP Basics, which is what made the old BuzzRoc list so devastating. Ironically enough, the single Buzzwole-GX is really the secondary addition here, where it along with the Beast Energy Prism Star creates another out to hitting that magic 60 damage for a single Energy. Since I didn’t include any Beast Ring in this list, the single Buzzwole-GX was really just there in case I happened to have a Beast Energy but missed the DCE to use for Zygarde. There are also some other select scenarios where I would prefer to go in with the Buzzwole, which didn’t come up in the tournament but has come up on random ladder games like the Gardevoir or Metagross-GX matchup. Since without Strong Energy, my attackers’ damage output caps at around 200 damage, so the extra damage I get in with the Jet Punch early on is absolutely crucial in those games. Often times though, the Buzzwole-GX would just turn into Ultra Ball fodder, but it certainly deserves its place as another “tool” at my disposal.

Of course, baby Buzzwole is essentially a staple now for any deck that has access to Fighting Energy, and having two of these insured that I could always rely on them to deal a huge amount of damage for a single Energy attachment if my opponent played into the four Prizes, or like with my top 4 match, be able to deal with Hoopa.

Most Zygarde lists either go for Bonnie or for Professor Kukui. You played neither one. Can you elaborate on this decision?

I remember quickly discarding the thought of using either Bonnie or Professor Kukui when making the list. I’m not too sold on Bonnie in general, since I want my Supporters to be usable on most of my turns, meanwhile Bonnie is too situational. As for Kukui, I know recently there’s been a lot of BuzzRoc lists popping up with Kukui. I’ve since gone back and tried it myself on this Zygarde list, but I found it to kill the consistency of the deck and I’m actually not a huge fan of it. However, I’ve since tried using Kukui on a very Buzzwole heavy list, and I can certainly vouch for its viability there.

The decision to go with a four Cynthia/three Lillie/two Copycat line of Supporters was based off of an intense playtesting session on the PTCGO ladder during the first few days of the new rotation happening. I knew that a lot of decks in September’s tournament would be rather shaky in terms of consistency because of the loss of N and Professor Sycamore, and I figured a stronger foundation in my Supporter line would pay me dividends throughout, which it surely did! Looking back though, I would probably go the full four-four Cynthia-Lillie, and it’ll be a toss up between Copycat and CARD NOT FOUND as the ninth draw supporter.

How do you expect variations of this deck in particular to fair in the Lost Thunder format?

BuzzRoc has been gaining a lot of momentum as of late, and it’s only going to get stronger with Lost Thunder. With Lost March being so hyped up, perhaps a Zygarde-heavy list isn’t the most optimal going forward. While Zygarde was a nice interim between the start of the post-rotation meta and before Lost Thunder, I fully expect the Fighting-type archetype to be more Buzzwole-heavy going forward.

While the matchup was an almost auto-win in my favor, my games against Fou_Link were the most intense for me. I had the clear type advantage, but it was as if he could see my hand and consistently pull off the exact play I would have least enjoyed to see for the turn. He was able to play it so well that there were certainly moments where I had to get lucky off certain draws, and all of that was very intense yet exciting.

Looking back now, would you make any changes to your list?

I think the list overall was very well adapted for the week one/two metagame, where decks as a whole were less consistent and my variant of Zygarde being built to run almost as consistently as possible, with only a couple of minor techs like a Field Blower. Since it doesn’t run any Kukui or Beast Rings though, it does lack a bit in firepower. I’ve been tinkering with different variants trying to work in those Kukui and Beast Rings (and Volkner to grab the Beast Rings!!). Also like how I touched on earlier, you’d probably just want to run the full four counts of Lillie to maximize your odds of hitting it turn one. But overall, I don’t think I would change much, since the super consistent build did so well for me in this tournament!

Kazukim, Nikolas, Ilya, and William will all be seeing a huge increase in prizes because they are premium subscribers. You can see how many packs each of them earned at the top of this page. The deck lists of second, third, and fourth place can be seen below:

October’s tournament is currently wrapping up. Each tournament awards up to 7 booster boxes of product to top finishers plus promo products and additional booster packs to premium members. The prizes for premium members are bigger than ever before, so don’t miss your chance to play in the next tournament! Signups for November are currently scheduled to be posted Sunday, October 28th. Mark your calendars!