Hey PokeBeach readers, what is up y’all? I know most of you are finally getting settled back home from Nashville (me too!), but the new Standard format is gonna kick us in the butt if we all don’t figure it out early. For those of you who don’t know, our new Standard format is Sun and Moon-on which means that we have lost valuable staples including Professor Sycamore, N, Puzzle of Time, Float Stone, and Super Rod. While that list seems low, we have been playing the same format since most of those staples have been legal for play since 2011. That being said, what we once had a few weeks ago has now been taken away and the format has been opened up to a plethora of available options. In this article, I will be going over some of the major deck building changes, the metagame, and a few of my early favourite decks heading into Philadelphia Regionals. With this metagame being so fresh, be prepared to see new decks pop out of nowhere or for the metagame ‘sandbox’ to widen when comparing major event data. Well, there is a lot of ground to cover, so let’s hop into this article.

A New Engine in Motion

In our new Standard format, we have lost some of the best Supporters in the game, some solid draw Pokemon like Octillery, and we don’t exactly have the correct answer for decks moving forward. This changes is making it difficult for any player to dive into this new format because everything is so different. Cards such as Lillie are now being pulled from the back of the binder into every deck as speak. Cards that were ‘meh’ pulls three weeks ago such as TV Reporter and CARD NOT FOUND are now serious contenders for deck spots. Before I jump into my findings, I do want to share some of the most important cards that were lost and share some suitable replacements in the process.

Disclaimer: Some of these cards are not direct replacements, but are substitutions based on the limitations of the new format.

That basically wraps up the lost support that we have had for a while, but it doesn’t necessarily allow us to plug and play what we need into a deck right now. There has been a lot of debate going on between players over the following two engines, but I am somewhere in the middle. The general premise is to make sure that you have access to your ‘Ball’ cards so that your deck starts working, Whether you draw your ‘Ball’ cards off a Lillie for eight or you directly search them out with Apricorn Maker, the goal remains the same.

Both engines are similar; both max out counts of Nest Ball and Ultra Ball, with a few Timer Ball. The only difference is whether you run more Apricorn Maker or more Lillie. Whichever engine you choose will depend on how you want the game to be played and your findings from testing. In addition, most decks are also adding in the following cards to round out their engines:

While this engine might sound broad, not every deck needs the same cards and counts will fluctuate depending on personal preferences. When new cards get added into the mix, it is possible that we will see these engines change over time as the format develops. There is also the possibility of new engines forming as the metagame shapes up because it seems like every new deck is hovering around 20 Items which could bring back the presence of Garbodor. If Garbodor were to make a big splash at upcoming events, deck building would have to include less Item cards overall. That would mean cards such as Pokemon Fan Club might see more play and bigger Pokemon such as Metagross-GX might be a better call for specific events. For the limited data that we have access to right now, the above engines seem like they are the best option heading into Philadelphia Regionals.

The Metagame is Forming

Now that we know how to run our decks, we do need to look at the potential decks that we can play with heading into Philadelphia Regionals, League Challenges, and League Cups. With quite a few oppressive cards such as Garbodor rotating out of our format, the pool of available cards has grown to an enormous amount 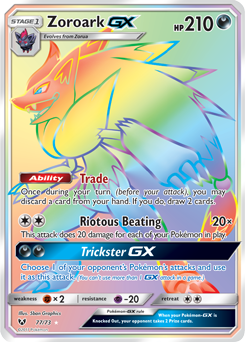 What Does this Mean?