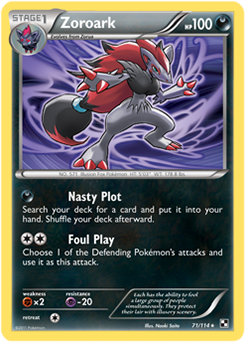 Hey there PokeBeach readers, and welcome back. Since my last article, not too much has happened in the metagame; as of writing this article, we are still waiting for the new set, Celestial Storm, to be released so players can begin testing their deck ideas on PTCGO. I have taken it upon myself to print out English scans of the new set in order to practice with proxies; but outside of this, most testing groups have done little-to-no testing up to this point.

While little has changed in the metagame, a lot has happened in all of the other aspects of the game, specifically in regards to cheating. Recently, one of the most notable players in the game was exposed bribing someone for a tournament win, as well as cheating multiple times on stream at different events. With the amount of money pouring into the game, it is imperative to know what to look for in regards to cheating and how to prevent it.

In this article, I will be going over some tricks I use to prevent anyone from cheating against me when I play against them, so hopefully you can adopt these tricks and help prevent cheaters from getting away with their crimes. Unfortunately, there are way too many ways players can cheat, so I will not be covering every way to catch a cheater. However, these tricks are great solutions to common cheating practices.

I will also go over the latest revision of my Banette-GX deck from the last article I wrote. I have since updated the list so that it is more streamlined, and it has better matchups against Zoroark-GX and other top decks.

Cheating: The Dark Underbelly of Pokemon

In the past week, the topic of cheating has been a hot issue in the community. A few different people spoke out Facebook, all writing detailed allegations of players cheating in different ways, such as marked cards and palming cards out of one’s discard. However, the biggest scandal of the week dropped when a player reported that his opponent bribed him to scoop in exchange for money. This is a big no-no; section 8.6.4 in the Penalty Guidelines specifically states that “offering some form of compensation to an opponent for a concession” falls under Unsporting Conduct: Cheating, with the punishment being disqualification. However, since the bribery was exposed months after the tournament, the player who bribed their opponent for a win will likely face some other form of punishment by TPCi.

The most shocking part of this wave of posts is that each one reported a different type of cheating, showing that there are tons of ways unfair players can, and still do, gain an advantage over others at tournaments. It is important to stay vigilant and watch for anything illegal your opponent might be doing.

One of the oldest and most easily preventable ways of cheating is for your opponent to stack their deck. This can be done in a few ways: they can “declump” their deck, moving around cards that were next to other copies of that card so that they are more distributed in their deck; or they can place certain cards in a position in their deck to guarantee that they will draw those cards when they want them.

This is by far the easiest form of cheating to prevent as well as identify; a player can be caught stacking their deck by just watching them move cards around in their deck during a deck search without taking said cards. In order to counteract this, all you need to do is to randomize their deck yourself. That way, any deck manipulation they did will be cancelled by your legal shuffling.

While you always want to cut or shuffle, I must stress that if you ever see your opponent doing fishy deck movements during their searches, do not cut their deck. Cutting your opponent’s deck can be a dangerous game; if you constantly cut your opponent’s deck to the same place every time, they can catch this and start stacking the cards they want to draw so that when you cut their deck it will show up at the top. As such, always, and I mean always, shuffle your opponent’s deck. The extra minute or two you spend shuffling during a match is worth it if that means that you can prevent yourself from losing a game unfairly.

Keep a Close Eye on the Clock

One of the lesser talked about forms of cheating that I believe occurs far too often is the manipulation of the clock. Each match of Pokemon is 50 minutes long, and many people do not treat those 50 minutes as preciously as they should. Some players have even made a habit out of playing the clock to gain favorable positions and match outcomes that otherwise would not have happened if the match was untimed.

Keeping track of both the clock and your opponent’s pace of play is incredibly important, especially if you believe that your opponent is taking additional time for their plays in order to illegally stall.

When watching for slow play, it is important to distinguish between your opponent slowing down to think through one or two crucial plays and constantly slow playing to gain a time advantage. You can distinguish this difference by watching your opponent’s pace of play the entire match. If you see they only slow down for a few actions, you have nothing to worry about. However, if you suddenly notice a large shift in their pace of play for more than just a few actions, your opponent is likely trying to game the clock and you should take action.

The best way to address this is to IMMEDIATELY call a judge over. In the Pokemon rule book, it states that each action should be given 15 seconds; a competent judge should enforce this while watching your game. The sooner you call a judge over after recognizing slow play, the less chances you will give your opponent to slow play against you. Even if you ask your opponent to speed up, they can choose to ignore that request to no repercussions. However, if you ask them to speed up while a judge is watching, they are much more likely to comply with your request so as to not get called for a slow play penalty, which can be a detrimental time extension that would kill the slow player’s chance at victory.

If you’re looking for more advice on how to handle slow playing, I highly recommending reading this article by John Kettler. It goes into more detail on different types of scenarios where your opponent is playing slowly. It’s a great read.

Pay Attention to the Different Card Arts Your Opponent Plays 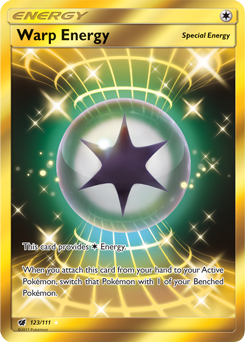 The biggest thing to come out of all of the cheating scandals from this past week is that it is incredibly important to pay attention to what card art your opponent is playing. This is probably the hardest form of cheating to catch, as technically the player is not breaking any rules by playing different card arts as long as all of them are legal for play. However, not all cards were made equally, and some can give your opponent an advantage if they are trying to take advantage of it.

For example, your opponent could be only playing full art/holo Supporters, and everything else non-holo. Full art cards and holos warp, so if that player has a Supporter prized, they can notice that one of their Prizes is warped and know exactly where one of their Prize cards is. Another example of cards that are known to warp are Heart Gold and Soul Silver and early Black and White era reverse holos. Some cards that are notorious for their massive warping that are seeing play or will see play in the upcoming format are reverse holo Double Colorless Energy from HeartGold and SoulSilver, reverse holo Copycat from HeartGold and SoulSilver, and reverse holo Professor Juniper from Black and White.

One of the easiest ways someone can use warped card arts to their advantage is to take their prize cards out of order. If we take the previous example we were using, let’s say the player sees that one of their full art Supporters is in his Prize cards. If that player has a hand with no Supporters when they takes their Prizes, that player could use their knowledge of what cards in their list are warped and take their warped Prize, even if it is not the next Prize card that they would normally take. While the above scenario is one of the most blatant forms of cheating that one can do when using different card arts, most are a lot more subtle and hard to identify. For example, said player using full art Supporters might notice that their top deck for next turn is significantly warped. That player now has knowledge that they shouldn’t have of their top deck for next turn, giving them additional information they can use to calculate their line of play for the turn.

While this form of cheating might seem difficult to catch compared to the others, there are still some ways you can look for it when playing. First, when your opponent is setting up, watch their deck to see whether or not some cards are noticeably more warped than others. Then, during the match, take a look at your opponent’s discard pile near the end of game one and try to figure out whether any of your opponent’s significantly warped cards have a pattern to them, such as the full art Supporter pattern that I mentioned up above. Now, if you have noticed that there is a pattern to some of the card arts that make them distinguishable, watch your opponent like a hawk during the remainder of the match to see whether or not they take Prizes out of order or top deck said marked card(s) in important scenarios where it would otherwise be unlikely for them to get it.

Unless you can 100% prove during your match that there was a pattern of marked cards, you usually will not be able to call a judge over and prove your case. However, you should absolutely tell a judge after the match about the pattern you noticed. While judges cannot retroactively change your match outcome based on your information, they will almost certainly be watching that player for the rest of the tournament to see whether your opponent uses their different card arts to their advantage during the rest of the tournament. If they can establish a pattern of usage of this information, they will take action and disqualify said player from the tournament.