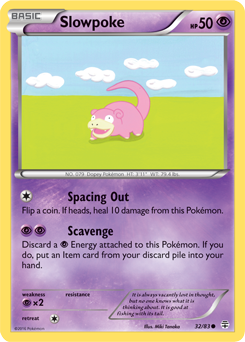 Hey, everyone! Between YouTube, PokeBeach articles, and even just in-person chats, perhaps the number one request I’ve had for a skills topic has been what ways you as a player can do against both stalling and slow play. We’ll first set the stage for the definitions of stalling and slow play, their differences, and the importance of being prepared to address each. Next, we’ll go over all the relevant people involved in a slow play/stalling controversy, followed immediately by better understanding the various time-sensitive situations you could find yourself in. Finally, we’ll discuss the ways you can protect yourself from losing games unfairly on time, and the effectiveness of each method.
Because we only have a few moments to share with each other, I’ll only explain the basic problem briefly. Consider this an advanced course on how to handle slow play, so if you have more basic questions, you’re welcome to ask me in the message board thread for this article.

Technically, and perhaps most simply, slow playing is when a player “…takes too long to make decisions…” (Page 18, last revised February 7, 2018). Practically speaking, however, slow play should actually be seen as the violation of the guidelines set forth under “Game Tempo” (Page 17). Please note that abuse of those guidelines is presumed to be slow playing, and probably stalling as well!

The Importance of Advanced Defensive Strategies

Without a doubt, the first and most relevant benefit of being prepared for stallers and slow players is that you will increase your win percentage as well as lower your tie percentage. That’s why you’re here reading this article, and few things make such a rapid change in player success than simple preparedness for common concerns like these slow play matters.

However, that’s not to say there aren’t a lot of other things about being prepared to deal with slow play. For starters, the skills applied in the way you handle the people, situations, and remedies of slow play become useful in any dispute, especially against cheaters. There’s also a strong deterrent effect when your opponent, however honest or dishonest they may be, knows that you will do what it takes to protect the integrity of your games.

Defense against the ‘Poke Arts

So how do you do it? How do you protect yourself from the Slowkings among Slowpokes? The answers lie within the people, the situations, and the solutions available to you…

While every Pokemon game can be played alone and in the comfort of your own home, competitive Pokemon card-playing is the most uniquely, necessarily social of all Pokemon games. I could perhaps write a whole other article talking about the advantages of being a socially-conscious player in this game. But at least for today’s article, knowing the people involved is critical to resolving your issue with a slow player in the most efficient manner possible. Keep in mind that slow play disputes can have a lasting impact on future relationships, both in their potential incentive to slow play you as well as your need to be tactful and strategic in your efforts to defend yourself. 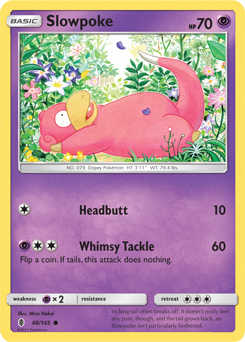 Ah yes, the opponent — otherwise known as the “frenemy”, the “rival”, or “that person sitting across the table from you.” This is the person who is playing slowly against you and is sadly your main obstacle in having a good, clean game. We’ll analyze the opponent from three angles: personal familiarity/knowledge, experience level, and most importantly, degree of culpability. While we factor in all three of these angles together and simultaneously, I’ll be addressing how each individually contribute to our “opponent profile.”

First, personal acquaintanceship or friendship with your opponent is a big clue to the degree and consistency of your opponent’s pace. If round one you are paired against your friend and testing partner and said friend / testing partner plays at the speed of rush hour traffic in practice. Then you will not be surprised at all if this person plays slowly in an actual tournament with prizes. By the same vein, however, your friend ought to know the consequences of their incredibly slow, turtle-like moves, and that their behavior could be interpreted negatively.

Second, experience level counts a lot. In general, I would say an experienced player is more likely to cheat the clock against you than a new player, who is more likely to play slowly out of honest, yet still disadvantageous reasons. Yet while both players are causing you problems, it’s advisable to handle your slow newbie players much more delicately than a slow, quasi-professional staller of five years. For new players, their slowness usually is because of an obvious lack of knowledge or even inability at basic playing; for the veterans, there is a much higher chance of something “active”. Whether that “active” thing is an honestly difficult turn or a deliberate effort to cheat, it should depend on the difficulty of the play as well as its impact.

Also, it’s very important to remember that experience doesn’t have to mean just playing Pokemon. A recently disqualified player at the Costa Mesa, California Regional Championship was previously banned from Yu-Gi-Oh for… you guessed it: stalling! Better keep an eye on people like that!

Finally, and perhaps in tandem with the first two points, we determine our slow opponent’s degree of culpability, or guilt. Even new players can stall you out, in which case their guilt is through the roof. Likewise, even the best players need extra time to think out a long sequence of events. Players manipulating the guideline are “almost certainly stalling” according to the penalty guidelines (Page 17), so if you’re opponent starts spouting off wild claims like, “I can take 15 seconds on every single thing I do,” then even an inexperienced judge might see that as worthy of disqualification.

Unlike the players, which can in impact your slow play defense in so many ways, the judges really only come in two forms: active and passive. As the names suggest, active judges are “actively” looking for problems, while passive judges only resolve disputes when called to do so. There are many theories and reasons behind being an active or passive judge, but for the purposes of successful slow play resolution, we can only safely rely on active judges to do their job.

So how does that affect you? Well, if you know you have at least one active judge on staff who is likely to watch your game, then you can trust the effectiveness of your judge-related remedies, which we’ll discuss later on in the article. Unfortunately, if you know your local judges are either passive or — worse yet — just bad at being judges, you are the only person left not only to protect the event’s integrity, but to educate the judge.

That’s not to say it isn’t helpful to be a little independent and self-reliant when you have active judges at your event, since resources can be stretched. However, your set of judge-related remedies change somewhat when you know you’re in good hands.

Finally, there’s you. You know when you yourself play quickly or slowly, and thus know that getting a judge called for slow play ends up being silly when they discover that you yourself travel at the speed of Slowpoke, albeit honestly. That’s not to say a slow player can’t be stalled out of a win, but you do have to be acutely aware of both the context as well as how your opponent’s pace fits into that context.  There’s also value in being self-conscious about your reputation in the tournament you’re at. That by no means you should be afraid of raising your hand and calling for a judge if you’re a newer player! However, if you’ve wildly claimed a guy taking five seconds on a search is “too long,” you might not be believed.