Continuing our series on the big lessons from 2017, we’re now going to dig deeper into the year, finding important lessons about playing, deck-building, and metagaming that are relevant to our growth as competitors. If you would like to see the first part of my year round-up, please click here; otherwise, please enjoy my last premium program article of 2017! 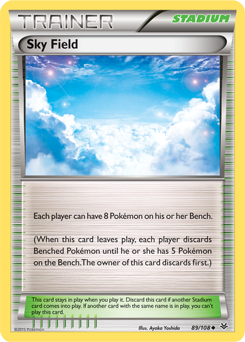 The event: Standard and Expanded are now a 50 / 50 split throughout the season

The lesson: Focus your testing to avoid being type-cast to one format

I’ve actually touched on this idea before, but with Regionals year-round, players are given numerous ways to show off their skills aside from just Internationals or Worlds. From my “Runner-up Reflections” article:

“Worlds is an incredibly cool thing to be a part of, and day two is even cooler if you qualify. But as many of you head into that 2017-2018 season right around the corner, I would encourage you to aim higher than a mere Worlds invite. The obvious conclusion you may get from that is “do well at Worlds,” but you can actually make incredible accomplishments throughout the whole year now. Between the serious prestige and cash prizes associated with Regional Championships and International Championships, the world’s best players are now coming to you no matter where your next big event may be.”

In the same vein of finding major success in venues outside of Worlds, I’m also noticing that some personalities could reasonably be considered “type-cast” players. By that I mean they are much more at home in Standard or Expanded, and for whatever reason perform better in their format of choice. You might find that this also applies to you, especially if you’ve noticed all of your success coming from one format and not the other. As an old-school player who just takes all the formats as they come his way, I personally don’t see myself as a specialist, and I have honestly done more or less the same in both formats. However, I can certainly imagine a few reasons why:

Considering those three reasons, the first one is in my eyes the most justifiable reason for why one player might be “type-cast” into one format over the other. However, this is a poor place to be. Usually the film and TV-consuming public consider “type-cast” acting to be a poor place to be. This is due to the fact that the actor in question is trapped in a limited set of roles, and can’t obtain the sort of widespread acclaim across genres like Tom Hanks can.

So how do you get to be a Pokemon Trading Card Game version of Tom Hanks? Test thoroughly in both formats, and look to identify the reasons why you might struggle with one format more than another. This doesn’t mean you have to know every possible matchup Expanded has to offer, but you should at least know all of the major cards from Black and White through Crimson Invasion. Similarly, when translating a deck from one format to the other, know that some important elements will not be available in Standard. Finally, if you still find that one format evades you, or that you simply do not have the time to plan carefully for one format that might make up only 20% of your season’s schedule, it might help to find a good tier one deck and stick with it. I would advise testing the formats relative to their importance to your schedule — not necessarily a perfect 50 / 50 split between the two.