What’s up PokeBeach? As I’m writing this, London is wrapping up. While I think many of the decks in day two are highly questionable, I’m not here to talk about London. I actually haven’t tested much since my last article, so I will have something a little different for you all today. After reading Jay Lesage’s “Psych Up” article, I figured I would try something similar. I didn’t necessarily agree with everything Jay had to say, but I definitely enjoyed his article. I recommend giving it a read if you haven’t already, as there are some interesting tidbits of advice in there. This article will be similar in style, but I will talk a bit more about game-play aspects. I will also briefly discuss VikaBulu because I believe the deck is criminally underrated and that it is well positioned right now. 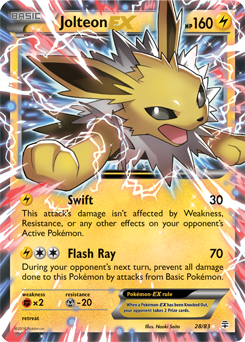 It’s common knowledge that practice makes one better at something. However, the amount you need to practice depends on your skill level. If you are somewhat new to the game, you probably shouldn’t bring Gardevoir-GX to a tournament without playing it before. Some players can bring decks to events and put up results without playing any games with the deck beforehand. Regardless of your skill level, it’s a good idea to at least play a handful of games to become familiar with how your deck works. I love it when I can play decks without testing, but there’s an exception.

If you want to play a rogue deck for a large event, you absolutely have to test it. Even if you are Sam Chen, one of the best players in the world, you can’t expect to bring an untested rogue to an event and do well. Every time I test a rogue extensively before deeming it competitively viable, I do well at the given event. When I don’t test rogues, I don’t do well. Some examples would be Roanoke Regionals where I placed second with Quad Wobbuffet after extensively testing and refining it. On the other hand, I went 2-4 drop at the 2016 U.S. Nationals after bringing M Sceptile-EX / Jolteon-EX / Vileplume toolbox with minimal testing.

In a nutshell, test a deck to the point where you feel comfortable and confident with it.

Don’t do it. Honestly, “tells” are so easy to manufacture and manipulate. I advise against putting stock into your opponent’s facial expressions and attitudes. Always make the play that you believe to be correct based on the game state! Your opponent may legitimately be sighing out of frustration, but they also might be acting that way so that you don’t N them. There’s no real way to tell, unless your opponent is Aaron Tarbell.

On the other hand, if you want to play the psychology game with your own expressions, feel free to. I usually opt not to do this, but I have before. Be careful not to outright lie or do anything suspicious.

For the larger part of last season, Field Blower did not exist. Therefore, it was optimal (and fun) to play down Tools with impunity. You simply could not be punished for it. Nowadays most decks play at least two Field Blower because the card is too strong not to play. All too often, I see players play down Tools to thin their deck when they don’t really need to. Half the time, said player will instantly be punished by Field Blower. Who knows how much lost damage that equates to because of the Choice Band prematurely being sent to the discard?

Don’t play Tools down! That is, unless you’re about to use said Tool, or about to play Professor Sycamore, or Abyssal Hand… well you get the point. If your opponent has any number of Field Blower in their discard, you can make the judgement call of whether or not to unnecessarily play down a Tool in order to thin.

I would love to talk about resource management and conservation in general, but those kinds of decisions are dependent on each unique situation. The topic is incredibly broad, but I felt that managing Tools was a narrower topic that could be explained.

This one comes up all the time in the early stages of the game. Do you Professor Sycamore here or N? This, of course, varies from situation to situation, but there are some guidelines to consider when deciding between using Sycamore and N. They are as follows:

For simplicity’s sake, I tried to list these in order of importance. I think many players choose the wrong option between the two, so I wanted to at least raise the topic. If you absolutely cannot decide which one you should play based on the above criteria, play N. I lean towards the side of caution on this one, as N preserves potentially important resources that you probably can’t get back.

Oh my, this is a big one. Personally, I check my opponent’s discard almost obsessively. I always know exactly what’s in there. This underutilized resource is a critical factor in optimizing game play. Based on the counts of something in your opponent’s discard pile (such as Field Blower or N), you can alter your line of play. This is partly due to the streamlined lists that we see for all meta decks. By “altering your play,” I mean making game play decisions that may be seen as sub-optimal by a passing viewer, but are in fact informed by some obscure detail in the game state.

If your opponent is playing Gardevoir-GX or Drampa-GX / Garbodor and they have two Field Blower in their discard pile, you can go ahead and play down all the Tools you want without being punished. The same can go for N and Guzma. If your opponent is out of N, you can hoard cards as much as you want. If they’re out of Guzma, you don’t have to worry about benching liabilities. Perhaps you can utilize your own Guzma as a stall tactic! Most Gardevoir lists only play three Guzma now, while many other decks have the full four.

There’s another level to this though. Your opponent doesn’t have to be completely out of something for you to alter your play. Based on past actions and counts of specific cards in their discard, you can still make decisions such as the ones I mentioned in the previous paragraph.