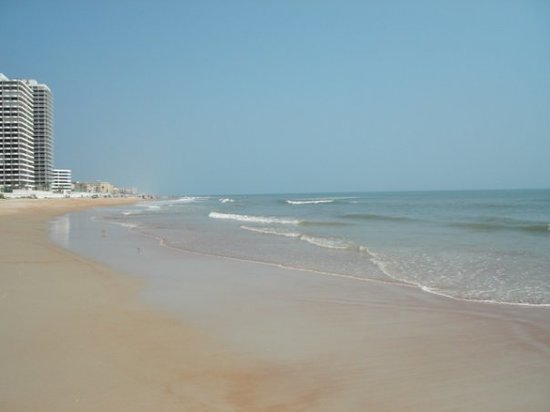 Hey PokeBeach, I just spent some time on the actual beach this past weekend. I had a wonderful time with friends in Daytona, and got to play a bunch of Pokemon while I was there. It was one of the best weekends I’ve had as far as Pokemon goes and I hope to make it back to Daytona Beach next year.

I did pretty well in the actual Regional, posting a 6-3 record and finishing 69th. I earned some points, which put me closer to my invite. Of course, I didn’t achieve the Day 2 result I was hoping for, but points for Top 128 were pretty solid nonetheless. The metagame in Daytona was mostly the same as the metagame I saw in Ft. Wayne. There were some meta shifts, which I will be sure to get into later in this article.

I will also go over the thought process behind my eventual deck choice: Golisopod-GX / Garbodor. I hope you all have read my last article on the trash bag in the Standard format and have heard my thoughts on the card. Trashalanche becomes all the more deadly in Expanded, with VS Seeker still being played alongside Ace Specs and many other Items.

Another topic to discuss is where to go from here with Expanded. I have a League Cup this coming weekend, which is in the Expanded format, so I can’t shift gears back to Standard just yet. There were some solid decks I saw this weekend that I’m looking forward to playing and testing out before my Cup.

So I will take some time here to discuss my weekend at Daytona Beach, the state of Expanded, and what decks I’m eyeing now.

I found out I was able to go to Daytona about a month before the event, so I had plenty of time for testing and making sure my deck choice was well selected. However, I didn’t settle on a deck until the day before my flight, which shows just how much deck choices can change in a month. I knew early on what was going to be popular — Turtonator-GX, Darkrai-GX, Night March, and some Golisopod-GX variants. GX decks have taken over Expanded — gone are the days of Yveltal-EX abusing the format. One of my concerns last season was that Expanded would never change, but with the Archeops ban, and the sheer power of Pokemon-GX, it changed dramatically, almost mirroring Standard.

Early on, I was testing Turtonator-GX quite a bit, and was destroying players on PTCGO with it. I was leaning towards that deck early on, yet I knew it was probably going to be the most popular deck in Daytona. Its ease of play, accessibility of cards, and explosive potential was there, and I knew the vast majority of players would want a deck like that. So I knew that if I played Turtonator-GX, I had to prepare myself for mirrors all day.

Turtonator-GX was cool and all, but it wasn’t my kind of deck. I like aggressive decks that have some control elements as well. Night March is the deck that comes to mind here, but I felt at the time that Night March had a huge target on its back, and I didn’t want to try to outplay Karen and Oricorio all weekend.

My next choice was Garbodor…

I considered three partners for Garbodor: Drampa-GX, Golisopod-GX, and Necrozma-GX. Necrozma-GX ended up winning the event, and was piloted by a lot of great players. The deck was also hyped up quite a bit shortly before the tournament. I knew it would be most popular Garbodor variant.

At first, I was testing the Necrozma-GX version extensively, and was playtesting a ton with the deck on PTCGO. This deck uses the Trubbish with Tool Drop to hit for some damage that would be supplemented by a Black Ray GX later by a Necrozma-GX. The deck also has other solid Psychic type attackers that abuse Dimension Valley. This version was solid against the majority of the perceived meta. Being able to out-trade Night March was a great perk, as well as taking advantage of decks such as Turtonator-GX and Darkrai-EX that use a large amount of EXs and GXs with Necrozma-GX.

Here was the original list I was toying with for this deck:

I’m sure you’ve seen this deck a million times by now, but there are subtle differences in this list when it comes to the Pokemon count. I didn’t think that Turtonator-GX was necessary against Golisopod-GX, since Drampa-GX‘s Righteous Edge could stop a Crossing Cut GX from coming out. I also felt that Turtonator-GX decks were going to be way more popular, so I instead played a Seismitoad-EX. Wobbuffet was an incredible finisher Pokemon in testing. It was so effective as a follow up to Black Ray GX, since it Ability locked the opponent even if a Garbodor wasn’t set up. Mimikyu was also another card that proved to be solid in that Fire matchup, but it was probably the most cuttable Pokemon card out of them all.

The idea to include Mew didn’t occur to me until I was on the plane ride to Daytona. I know a lot of players teched the card in their decks, because you can copy Drampa-GX’s Berserk for only one Double Colorless Energy with a Dimension Valley in play. The free retreater being on your Bench and using Black Ray GX with a single-Prize attacker was clutch. This was cool, but I already had my list and wasn’t set on changing it. If I were to play this list in the future, I would probably cut the Seismitoad-EX or Mimikyu for it.

This list tested exceptionally, but I prefer having a straightforward attacker. This list has a lot of amazing attackers that you apply for each different situation, and it can only reach its true potential when the person playing it has mastered it. I also didn’t think I could pull out a win in the mirror match against players of a higher skill level, so I eventually decided against playing it.

This deck has incredibly good matchups against most of the decks in the format. The only matchup that was kinda iffy was Trevenant, but with Trevenant on the down low following its abysmal performance in Ft. Wayne, it wasn’t much to worry about. This deck punished decks that benched a lot of EXs and GXs, and also punished decks that relied heavily on Abilities. This describes most of the Expanded format.

The other deck I was considering was Drampa-GX / Garbodor. Just like the Standard format late last year. I played this deck at Fort Wayne Regionals, and ended with a 5-4 record overall. I didn’t believe it was a knock so much on the deck, but more on my own misplays and some bad draws that shouldn’t normally happen. The big draw behind Drampa-GX was Po Town, and how easily you can hit for OHKOs starting on turn two. This was something that the Necrozma-GX deck could never really do, unless you got a great start with Rainbow Energy, Drampa-GX and Mew. So all in all, this Garbodor variant gave me what I wanted in a straightforward attacker that hit for big damage early, while still having all the great control elements that Garbodor provides.

My friend Brandon Nguyen played this in Daytona, and he was a big fan of the deck when we were all testing for the event. Here’s the list I was testing early: