Hey everyone! This is Dalen back with another article for you guys, this one is especially fiery. In this article, I’m going to be discussing a brand new deck, receiving its core cards from Steam Siege, and that deck is Volcanion / Volcanion-EX. Since Steam Siege‘s reveal, Volcanion has had quite a bit of hype around it, with players wondering if it had what it takes to be one of the Tier 1 decks in the metagame. Orlando Regionals answers that question perfectly. In this article, we’ll take a look at that all-important question as well as three different Volcanion builds, plus my brief tournament report from Orlando playing Volcanion!

For those of you that don’t know the concept of the Volcanion / Volcanion-EX deck, it’s quite simple: deal a ton of damage as quickly as possible, all while flooding Fire Energy onto your board to power up other attackers. There are two key Pokemon in this deck, which are Volcanion and Volcanion-EX as you may have guessed from the deck’s name. “Baby” Volcanion is your go-to attacker for the first part of the game, essentially letting you attach three Energy per turn. To make its measly 20 damage something significant, we have Volcanion-EX and its Steam Up Ability. For every Volcanion-EX you have in play, you can discard one Fire Energy to make your Basic Fire Pokemon (two restrictions that don’t hinder the deck at all) deal 30 more damage to your opponent’s Active Pokemon that turn! With Baby Volcanion and Volcanion-EX together, your ideal first couple of turns consist of two to three Steam Ups, an attachment for the turn, and a Power Heater for 80 to 140 damage, depending on the number of Steam Up Abilities you used. Let’s take a look at a sample deck list for Volcanion.

Most of the cards in the deck are quite self-explanatory as to their inclusion in the deck and why that number of that card is used, but there’s one card I want to talk about in particular, baby Volcanion. In every game, you absolutely want to get a turn one Power Heater (or turn two if you go first). Running four Volcanion gives you the best chance to do this, since starting with something else can make things difficult. Cutting down to three Volcanion wouldn’t hurt the consistency of the deck too much, but I would definitely refrain from cutting any more than one out of the list.

Now, just because the skeleton list has 20 free spots, don’t think Volcanion is a roomy deck with tons of free space for techs. In fact, it’s the opposite! When I was trying to finalize my deck list for Orlando Regionals, I had to make so many difficult cuts to make room for other cards I wanted; if I could have used every card I wanted, my deck would have probably been 80 cards! So, let me discuss why there’s so many open spots and what they should be filled with.

One of the most defining factors between Volcanion builds is the deck’s choice of Stadiums. Popular Stadiums that Volcanion decks use are Parallel City, Faded Town, Sky Field and Scorched Earth, so you can already see an example of the choices that have to be made in Volcanion decks. Sky Field in Volcanion is usually paired with Hoopa-EX to swarm Volcanion-EX immediately and have more room for Shaymin-EX on the Bench. Faded Town is used to make taking Knock Outs on things like M Mewtwo-EX and M Rayquaza-EX easier, and Scorched Earth is used for raw draw power and consistency. Parallel City is the versatile card in the Stadium list, as you can use it with any other Stadium for many different effects. Against a Xerneas-driven Rainbow Road deck or M Rayquaza-EX, Parallel City greatly reduces their damage output; against decks you can use Parallel to discard your low-HP or unnecessary Pokemon-EX like Shaymin-EX or possibly Hoopa-EX (if you run it) to prevent easy Lysandre KOs and clean your Bench up for room for additional Volcanion or Volcanion-EX. No matter which Stadium you choose to focus on, Parallel City is certainly a great choice for a one-of or two-of.

The usual Stadium count for a Volcanion deck is three to four, but you could cut down to two Stadiums to make room for other inclusions if you prefer. 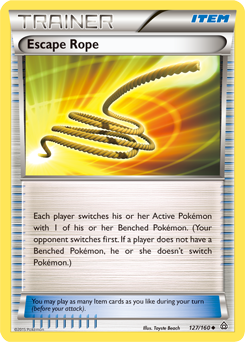 You may notice that there’s also no switching methods in the skeleton deck list, and it’s because, again, there’s a plethora of options to choose from, so I’ll talk about all of them here. One switching method we have is none other than good old Switch itself. Other switch options that work well in Volcanion are Escape Rope, Float Stone, and Olympia, and which switch cards you should use depends heavily on which build you are using, which I’ll discuss later. Try to always play at least three switch cards in this deck, absolutely no fewer than two. Four is preferred if possible, but sometimes there simply isn’t enough room for the extra card here.

One thing you may notice after playing a few games with Volcanion, especially with Scorched Earth in the deck, is that the deck quickly runs out of Energy to discard for Steam Up. All your Energy are either attached to your Pokemon or waiting in the discard pile to be attached by Power Heater. To remedy this and make Steam Up still potent in the late game, we use a heavy copy of Energy recovery cards. The most common and, in my opinion, the best card to do this is Energy Retrieval (in the Standard format, that is). Other cards like Super Rod and Energy Recycler recover a higher count of Energy, but they send them to the deck instead of directly to your hand. Energy Retrieval, on the other hand, sends the Energy right to your hand, making Steam Up immediately possible instead of forcing you to dig through the deck to find the Energy. One good aspect of Super Rod, though, is that it can also shuffle back Pokemon in addition to the Basic Energy cards. If you find yourself discarding too many Volcanion-EX, Super Rod is a great card to get them back as well as Energy cards, making it the most versatile Energy recovery. The last Energy recycling card that works greatly in Volcanion is Fisherman. Like Energy Retrieval, Fisherman puts the Energy it gets back straight into your hand and even gets back four instead of Energy Retrieval’s two, but it comes at the cost of being a Supporter. In some regards, being a Supporter actually helps Fisherman, since you can theoretically use it up to five times through VS Seeker. Through my testing, the split I’ve grown to like the most is three Energy Retrieval / One Fisherman. Three Energy Retrieval gives you many ways to get back Fire Energy without playing a Supporter, meaning you can Professor Sycamore or Lysandre and get back some Energy in the same turn. Fisherman rounds out the recovery by being the strongest raw recovery, and like mentioned before, as soon as it’s discarded, it can be accessed by VS Seeker. Like with switching methods, it’s generally a good idea to run three or four Energy recovery cards whenever possible, but I would prioritize this category over switching methods (so for example, if you have seven slots for the two categories, I would use four Energy recovery cards and three switching cards instead of the other way around).

On the topic of Energy, the skeleton deck list has 10 Fire Energy. However, I would recommend having 11 or 12 if the the deck list can fit it (I’ve even seen some lists run 13). In a deck that revolves around Energy so heavily, you want to have a steady supply of it, and Energy recovery cards aren’t helpful if you run a low amount of Energy. Adding more Energy is the first thing I would add to the skeleton after adding the cards from these sections. 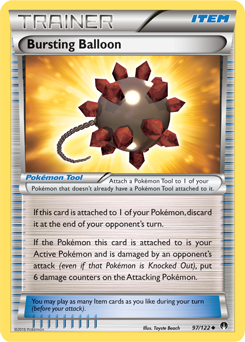 I’ve mentioned “multiple Volcanion builds” but never described what they were, how they functioned, or what makes each build different or unique; this is where I’ll do that. The first major variant of Volcanion is the straightforward, traditional list with Fighting Fury Belt and either the Sky Field / Hoopa-EX or Scorched Earth engine. This type of Volcanion deck aims to be consistent, quick, and powerful in what it does, and usually runs thick copies of the major categories (switching methods, Energy recovery, and consistency cards), and doesn’t try to catch the opponent off guard with any wild techs. It can win with its raw power and speed. When Volcanion decks were first being crafted and tested, this was the most common type of deck, since many players had not yet explored the other options.

The second build is one including Max Elixir. The goal of this Volcanion build is to flood the field with Energy even quicker than usual, allowing you to take many surprise KOs by attaching an extra Energy that most Volcanion decks can’t attach. Max Elixir Volcanion decks usually utilize the Hoopa-EX / Sky Field engine instead of the Scorched Earth one since they want Energy in the deck rather than in the discard pile, but sometimes other Stadiums are used, like Faded Town and Parallel City.

The final Volcanion variant, and my personal favorite, is one with Bursting Balloon. In the Balloon variant, taking KOs is much easier and much more efficient. One Bursting Balloon activation is the same as two Steam Ups, turning Bursting Balloon into a pseudo-Energy Retrieval. The advantage it carries over Energy Retrieval, though, is that you could still use it to deal damage under an Ability-lock from Hex Maniac or Garbodor, and you can ramp up the damage even more with your Steam Ups. To fit Bursting Balloons in the list, I had to cut out the Fighting Fury Belt, but that was not a rough loss at all; there was not a single matchup I felt Fighting Fury Belt would be more useful than Bursting Balloon, and that theory held true for all of our testing. Typically, cards from this category make up about four of the free spaces from the skeleton list. With the three to four Stadiums, the three to four switching methods, the three to four Energy recovery cards, the one to two extra Fire Energy, and the three to four other cards, that leaves between two and seven empty slots in the deck. If you don’t want to increase your counts of any of the above categories, you can mix two groups of the other cards, such as Bursting Balloon and Max Elixir together, or use some other techs.