Hi PokeBeach! I’m back with another article for ya’ll. For everyone who made the long journey to San Francisco, I hope you had fun! California was much colder than I had anticipated, but I had fun nonetheless. I flew out the Sunday before with Igor Costa to hang out in Cali for a bit before the event. Here are my brief thoughts on the actual event itself. It was obviously a huge disappointment to everyone who wanted to hang out and spectate their significant others, friends, or favorite players, and I wish they would have anticipated that and booked a bigger venue. There also wasn’t a ton to do within easily walkable distance besides go to the mall, so fans and relatives were pretty much relegated to their rooms. I had a Hearthstone event to play in so that gave me something to do, and I had fun testing Pokemon as well. 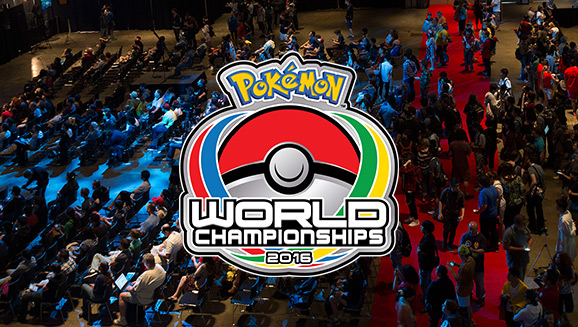 That being said, the whole competitive atmosphere of Worlds is like none other, and I could feel the level of dedication, passion, and excitement in the air. It honestly reinvigorated my enthusiasm for the game, and I am hyped for this next competitive season like I haven’t been in a good minute. I can’t wait to attend my first tournament and get back into playing full-time! I’ll also be playing PTCGO every Tuesday night on my Twitch channel.

Pokemon really is a game that never leaves your heart, even if you think you’ve made your peace with it. The high level of competition at Worlds was inspiring, and I hope through my articles and discussions I can continue to contribute to the conversation in a meaningful way. As a writer, I plan to do my best to help improve not only my readers’ competitive play, but my own as well through sharing other writer’s articles, having enlightening conversations on the Subscriber’s Secret Hideout, and practicing in monthly tournaments. The premium program is really a great resource, so those of you who can take advantage should definitely do so! I know for a fact that the writers are always actively thinking of new and creative ideas. They’re a unique group of people who are very passionate about the game they play and bringing their knowledge to their readership. The Facebook group chat moves so fast I can’t even keep up!

Since this is my first article of the season, I’ll be focusing on what I think will be the three most popular decks right now. I have heard the most talk about M Rayquaza-EX, M Mewtwo-EX / Garbodor, and Darkrai-EX / Giratina-EX. Next time I’ll focus on decks to counter the meta, but it’s important to begin with a good understanding of what’s being played and what ideas are being tossed around. Without further ado, let’s look at everyone’s favorite speed deck.

So this deck has been around for a while now, and it’s always been viewed as a bit of a glass cannon. Previously, it has been considered inconsistent, but when it pops off, nothing can stop it. I think now since a lot of cards that consistently thrashed it have been done away with (like our boy M Manectric-EX), ol’ Ray is looking a lot more stable and reliable.

There are a couple of different ways to play the deck. I have seen lists focusing on Water techs, like I have here, lists focusing on using Metal Pokemon like Magearna-EX to protect from Special Conditions, and even lists utilizing Zoroark to do both. The reason I chose the Water version is because there aren’t that many Special Conditions to worry about. The only relevant thing I can think of is Froakie‘s Bubble, so I don’t think that’s enough to warrant that build of the deck. Zoroark seems good in theory, but it requires too many slots and can clog up your hand unnecessarily. Basically, it’s just a bit more messy than I want to deal with at this point, but I appreciate its utility in being a jack of all trades. The Manaphy-EX gives us an easy way to make our M Rayquaza-EX mobile so that’s my pick to build for now. Keeping the other versions in mind is important, to know what our opponents might be playing and ways we can adapt the deck in the future.

The Hoopa-EX count has been upped from the typical one because it’s just so good for filling up our Bench. Our opponent is pretty likely to be running Parallel City and play it against us, so we’ll be able to discard the Hoopa-EX and just play a new one to re-up the Bench after slapping down a Sky Field. Ditto for the four Shaymin-EX, I know they are easy Prizes a lot of the time but our goal is to overwhelm them so much they don’t have time for that jazz. We need to play a non-EX to force a seventh Prize. Alternatively, we could play a Regice instead, but Bunnelby helps us to re-use resources we may have hastily discarded in our rush to set up a M Rayquaza-EX.