This month’s issue of CoroCoro is beginning to leak and, as hoped, it includes some new tibdits for Pokemon Sun and Pokemon Moon! Thanks to Andrew C., Sean T., and Bangiras for the translations! 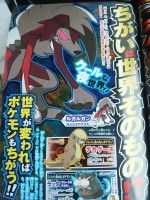 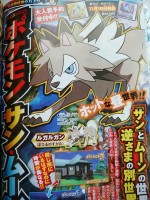 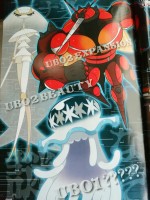 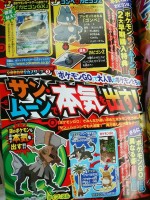 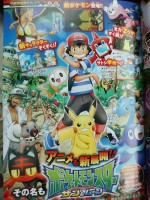 The main Pokemon shown in the first two images are the different forms of Rockruff’s evolution, Japanese name Rugarugan. The first page shows Rugarugan’s Midnight Form and states that Rockruff turns into this form when “met with the night’s power”. The second page shows Rugarugan’s Midday Form and that Rockruff “takes in the sun’s power to turn into this marvelous form”. This implies that Rockruff will evolve into either form based on whether it evolves during the day or night, but this is not outright stated.

Other information on these two pages discusses the differences between Pokemon Sun and Pokemon Moon claiming that they are not just different versions but “different dimensions”, reiterating recent information about the time-shift between Sun and Moon, and talking about  Alola Raticate and Gumshoos being Totem Pokemon for the Verdant Cave trial in the different versions as well. This could imply that we will lean even more about version differences between the games in the coming months.

The next two pages are dedicated to showing off more of the Ultra Beasts mentioned in last week’s trailer. UB-02 code named “Beauty” attracts any Pokemon with its beauty. There’s also another UB-02 code named “Expansion” whose whole body is a weapon. UB-01 is shown again as well, stating that it floats with its “glass-like, hollow body”. The text also claims that its name is “mysterious, but could be filled with foolish intentions and feelings”, but the code name itself is not shown, just a series of question marks, adding to the mystery.

Further text on the Ultra Beasts states that they will change between the two versions of the game. The very bottom seems to show UB-02 Expansion in Pokemon Sun, so UB-02 Beauty could likewise be in Pokemon Moon, though the image cuts off.

The fifth page appears to just be a recap of earlier information given about the Snorlax-GX promo, Munchlax gift, Type:Null, and Alolan Pokemon. The final page is a preview for the “Pokemon Sun & Moon” anime, which begins airing in Japan this November.

UPDATE: Two new images of Rugarugan’s forms have been found in CoroCoro! Check them out below. These new images confirm that you evolve Rockruff into Rugarugan Midday Form in Pokemon Sun and the Midnight Forum in Pokemon Moon. The Midday Form gets the new attack Accel Rock, a new priority move that only it can learn, while the Midnight Form learns Counter. Further flavour text about the new forms says the Midday Form’s movements are “too fast to follow” and that its mane is “made out of sharp rocks (and very beautiful)”. The Midnight Form has “eyes glow when he gets excited in battle”, and that “any enemy that gets caught in its gaze is sure to lose”. 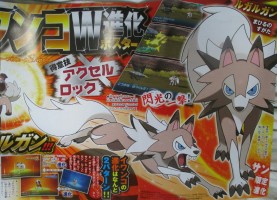 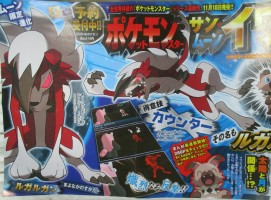