The official Pokemon Card website has just launched a mini-site celebrating the 20th anniversary of the Pokemon Trading Card Game! The website shows many classic cards from Base Set, Jungle, Fossil, Team Rocket, Gym Heroes, Gym Challenge, and the Vending Sets that were unfortunately never released in America. There are 76 days until October 20th, which is the original release date of Base Set in Japan.

As I posted several times over the past month or so, Japan’s CP6 “20th Anniversary Set” will be released in Japan on September 16th and will feature “modern” reprints from Base Set as well as many modern cards like M Venusaur-EX, M Charizard-EX, M Blastoise-EX, Dragonite-EX, Ninetales BREAK, and Machamp BREAK. The set will be released in America on November 2nd as Evolutions.

The 20th anniversary website has now revealed Charizard (#011/087), Pikachu (#033/087), and Professor Oak (#084/087) from Base Set will be reinvented in the new set! They will have similar card templates as the original cards, but the card effects will be updated to modern day standards with new wording, higher HP, and higher attack power. Professor Oak is now named Professor Oak’s Hint, its artwork features a different background, and it’s now a Supporter card with a completely different effect resembling Tropical Beach. 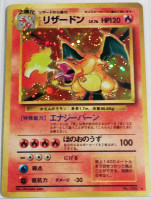 Ability: Energy Burn (originally a Poke-Power)
All Energy attached to this Pokemon are [R] Energy. 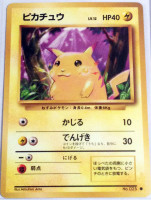 If you use this card, your turn ends.

Draw cards until you have 7 cards in your hand.