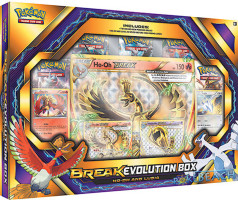 We now have an exclusive product image of the second BREAK Evolution Box!

Wobbuffet BREAK is one of four exclusive cards in CP4 Premium Champion Set (along with three Beedrill cards that will probably be released in an upcoming Mega Beedrill Collection).

This BREAK Evolution Box will be released in America and Europe on July 13th.

[C] Stoke: Flip a coin. If heads, search your deck for up to 2 [R] Energy and attach them to this Pokemon. Shuffle your deck afterward.