A “Rayquaza vs. Keldeo Battle Arena Deck” will be released on September 21st. The package will feature two 60-card decks focusing on Rayquaza-EX and Keldeo-EX. The two will likely be reprints, like Mewtwo-EX and Darkrai-EX in the last Battle Arena Decks.

I’m guessing out of the three recent Rayquaza-EX, we’ll get this one. But it’s just a guess. Which do you think we’ll get? 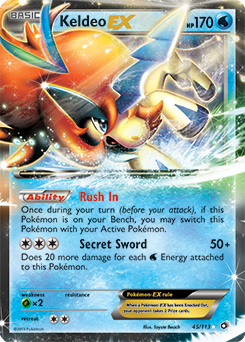 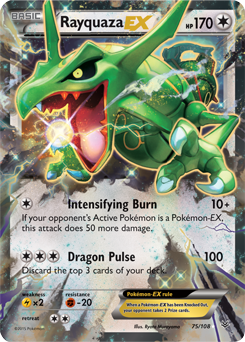